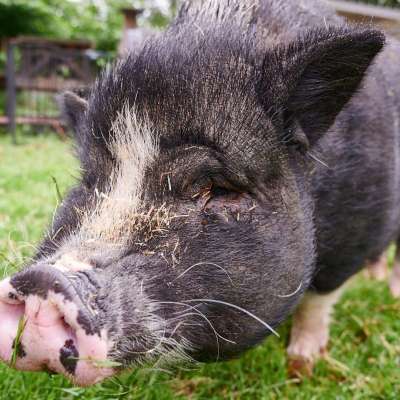 There is really nothing sadder in rescue than a little starving pig. Peppa Pig was found wandering by Chilliwack Animal Control and she was
in pretty poor shape. She had a body score of one due to malnutrition, is missing half of one of her ears, has an 8 inch thick scar across her
head with a still unhealed wound at the end, her feet were in bad shape,and she had mange.

Luckily SAINTS has had experience with little starving and sick pigs and our staff knew just what to do. With their love and care, and a medical treatment plan, Peppa quickly turned a corner and started gaining weight. three months after her arrival you would not know it was the same pig to look at her.

Peppa initially had some issues with people - a little bit of biting, a little bit of chasing. But likely for justified reason, who knows what she'd been through at the hands of people in her past. Eventually though, and it didn't take her long, she began to trust her surroundings and feel safe and now she usually just approaches people to see if they might have a treat to offer. Oh, and yes, she will usually accept a nice little pat or rub as well.

The below photos have some images of Peppa when she first arrived. As her SAINTS story evolves we'll add more to show how wonderful her life is now. 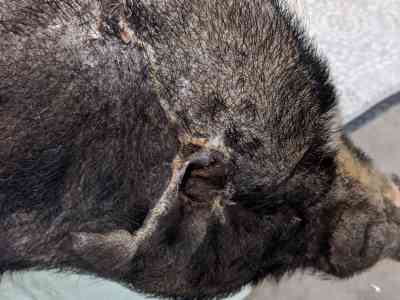 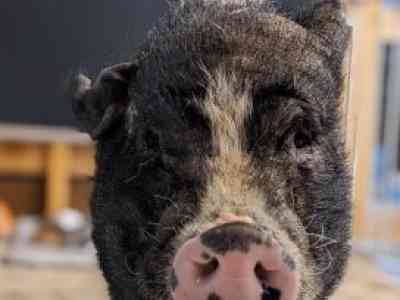 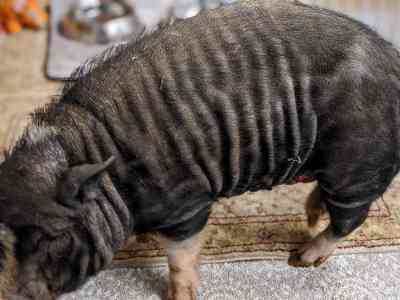