its been a tough day 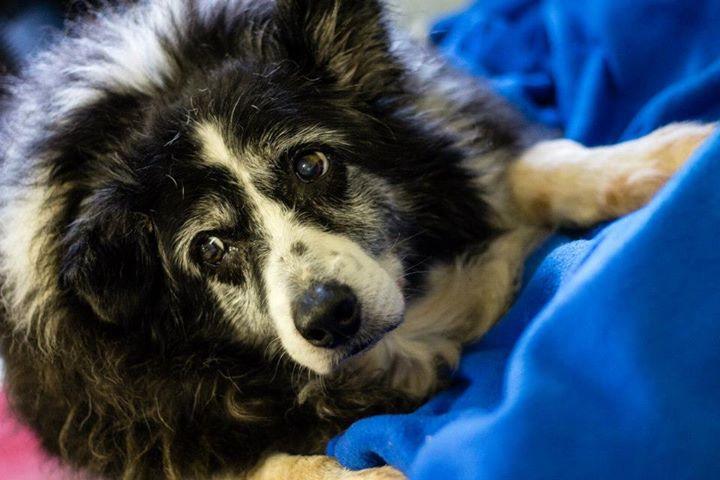 i loaded up sparky at 0830 to get him into his maple ridge vet appointment by 0915. we are hoping to do his dental and eye enucleation next week but we need to get the eye infection a bit better under control. i have booked his surgery but will have to reassess on monday, if the infection is better, we will proceed, if not i will reschedule in a couple of weeks.

we rushed home and i handed him over to renee at the bottom of the driveway and then rushed out to chilliwack to pick up our new old cat by 1030. raven is a 15 yr old who has been out on the street for quite a while. she is old, very thin, her coat is dull and unhealthy. we had an appointment with our vet for 1130 so it was a bit of a rush to get back to mission on time but we squeezed in at the last minute.
i already love this old cat..she kicked up a huge ruckus and tossed a giant feline screaming fit over having bloodwork and once it was done was sweet as they come and purring and head butting me in the stomach...i love these kind of night and day soap opera cats. raven is currently in the medical room awaiting blood work results and viral testing.

rudi went in for his vet check this afternoon...he actually was pretty good..much better than i thought he would be. he is booked for his neuter next week, will have xrays of his elbows and shoulders at the same time and had bloodwork taken today. big thanks to nicole who went with us and wasn't afraid to throw a towel over his head to lift the snarling beast in and out of the car!

we are going to have to do some significant chicken flip arounds....tris is a rooster so we have to get him away from jerome before he reaches sexual maturity..jerome is too old now to be challenged for top rooster standing. the new chicken area is almost complete but vern is now away for the weekend so it won't be totally ready until early next week. i really want to get crosby and belina moved...A. they make a horrible mess in the medical room and B. crosby looks like crap and needs to be back out in the fresh air again asap.

its interesting that jenn chose lexi for todays throwback thursday...she was such a very great dog. today i have decided to euthanize another very great dog. it hit me today that this is as good as it gets for tess. i am sure the vet is right about her having a brain tumor just by how she was been these past few weeks. since those last seizures, she can barely walk, and only a couple of steps, and she has been rubbing her head. i am pretty sure today she had a massive headache...renee called while we were at the vets with rudi and said tess was crying and would only stop if she stayed with her. she wasn't sure if this was a precusor to another seizure or if tess was in pain. i said to give her another 50 mg of tramadol and another half tab of phenobarb and she settled and slept within half an hour so now i am thinking it was pain because the phenobarb would not have worked that fast.
so if this is as good as it gets for tess..then honestly..it is not good enough.
i love this dog, i have from the moment she got here and she let me peek the dry sense of humor she hides so well inside. i love that she bosses me around, that she is utterly demanding and always insisting that she be noticed. no wall flower our tess.

and i can't stand the thought of her being in pain for no reason that can be fixed. and i can't stand the thought that i am working this weekend and won't be here to help her if she is in pain or if she seizures, or if she needs anything at all as soon as she needs. it is all down hill from here...and it won't get any better for tess. i love her too much to play around with empty hope and useless wishes.....i love her enough to let her go.

she will fly free tomorrow.

I didn't know Tess very well, I meet her a couple of times, but she had a special place in my Heart. Rest in Peace sweet girl

oh crap that dog is special i am going to so miss her but to be in that kind of pain is not good. why does doing the right thing always have to hurt so much. so sorry carol i know she was very special, as they all are.

Thinking of you Carol. I always loved to visit with Tess and, though I know it is the right thing, I am sorry to hear that it is her time to go.

So sorry to hear about Tess - such a beautiful girl. One of the greatest kinds of love is the "letting go" love. Tess will thank you for it, Carol - she doesn't want to suffer. So difficult for you to do, though.

that's the hard part about saints, letting go. Tess is a nice dog, a fixture,
and i am not there that much, but i will miss her. So sorry Carol, and run
free Tess