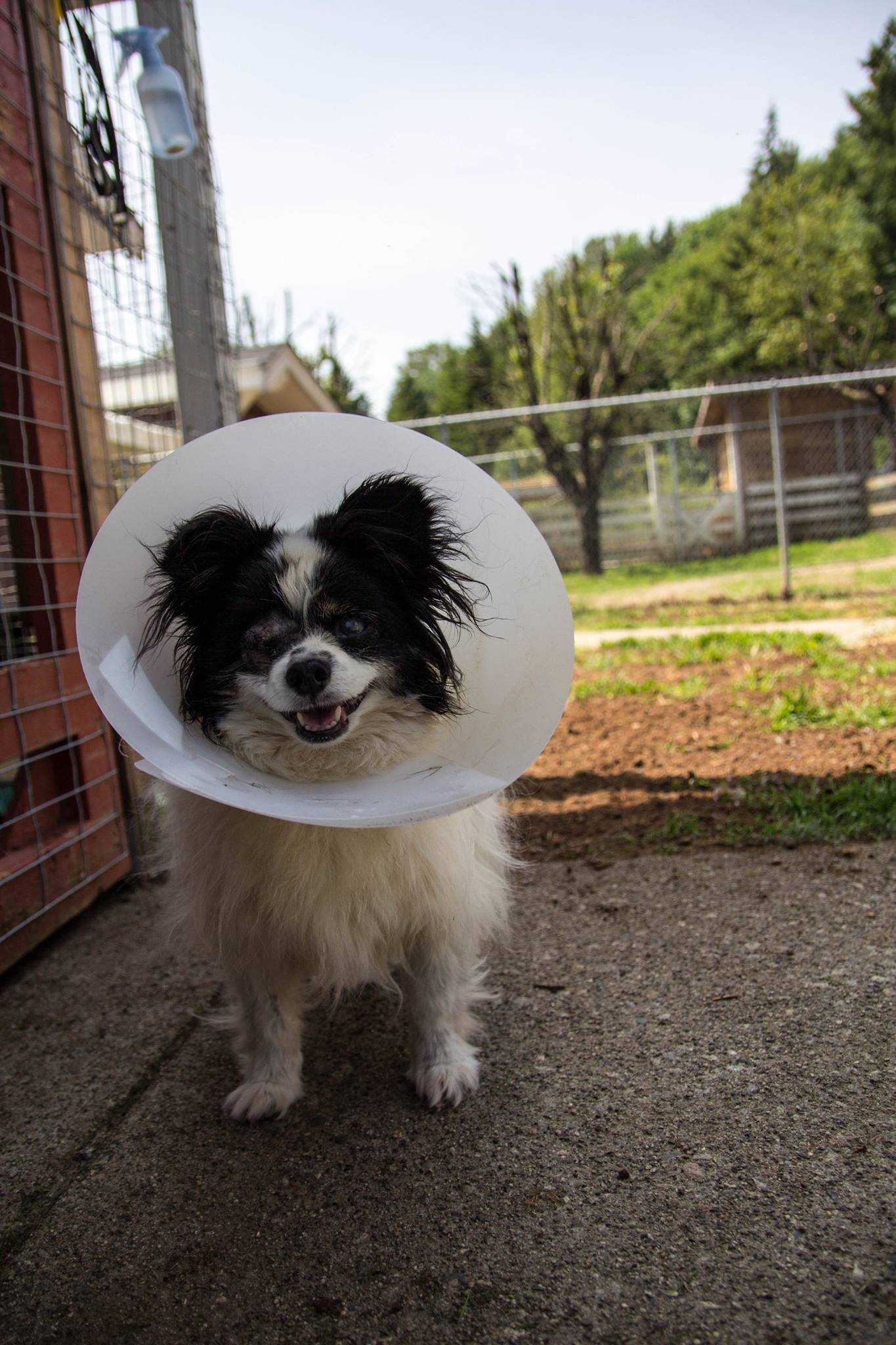 gilligan had a great first full daints day...he ran around the field and pond, he goofed around out in the barn, he got along with everyone... ahhh a farm dog happy to be back and free on a farm....super nice dog.
he cannot even come close to holding his urine for more than a couple hours at a time so the flooding of house is a bit problematic. i really think i need to shift him over with the big dog room guys because then he can go in/out more on his own at least when one of us is on site without a 24 hour door man on call.

salem went home yesterday...this morning he is rolling around outside my gate. i guess he really did not dislike it here as much as he said! he actually lives across the street, he was a stray bush cat that michelle took in...he really does not like being confined. anyway i am really glad that while he hated being stuck in a cage over the weekend while michjelle was away...he does not hold a grudge.

i had an update on sparky...all is going really well and his new bulldog sister has taken him right under her wing. i bet sparky really likes that.

puff did really well with being back with us over the weekend...he did not turn into a dick head at all. since he was on his best behavior, i made sure that instead of just letting him out to go pee...i actually made myself take him for walks. i think he appreciated that.

mo said that dixie gave rio a good boot yesterday. i guess being OBSESSIVELY possessed as the NON-SHARABLE love of someones life eventually started bugging her. as a die-hard feminist i say...good for you dix...you are allowed friends and freedom in your life!

well...starting on my set of afternoon shifts this week..that might kind of suck.

Thank you so much to you all for caring for Salem while I was away!

Yippeee for Claire……thanks Penny :-)
Also that's so awesome for Sparky, what a great pic of him and his sis!

Sheila... I've posted the money order via snail mail...3 p.m. today..to your place of business...Please let me know when it arrives...Thank You in Advance...Cathie K

Happy to hear about Claire, I know she will have a great place with Penny.
Salem was a lovely boy. I loved staring at his pure black face and seeing his two white fangs sticking out of his mouth. Since I'm currently watching a vampire based show it did get to be a little creepy.