A new name, a new life 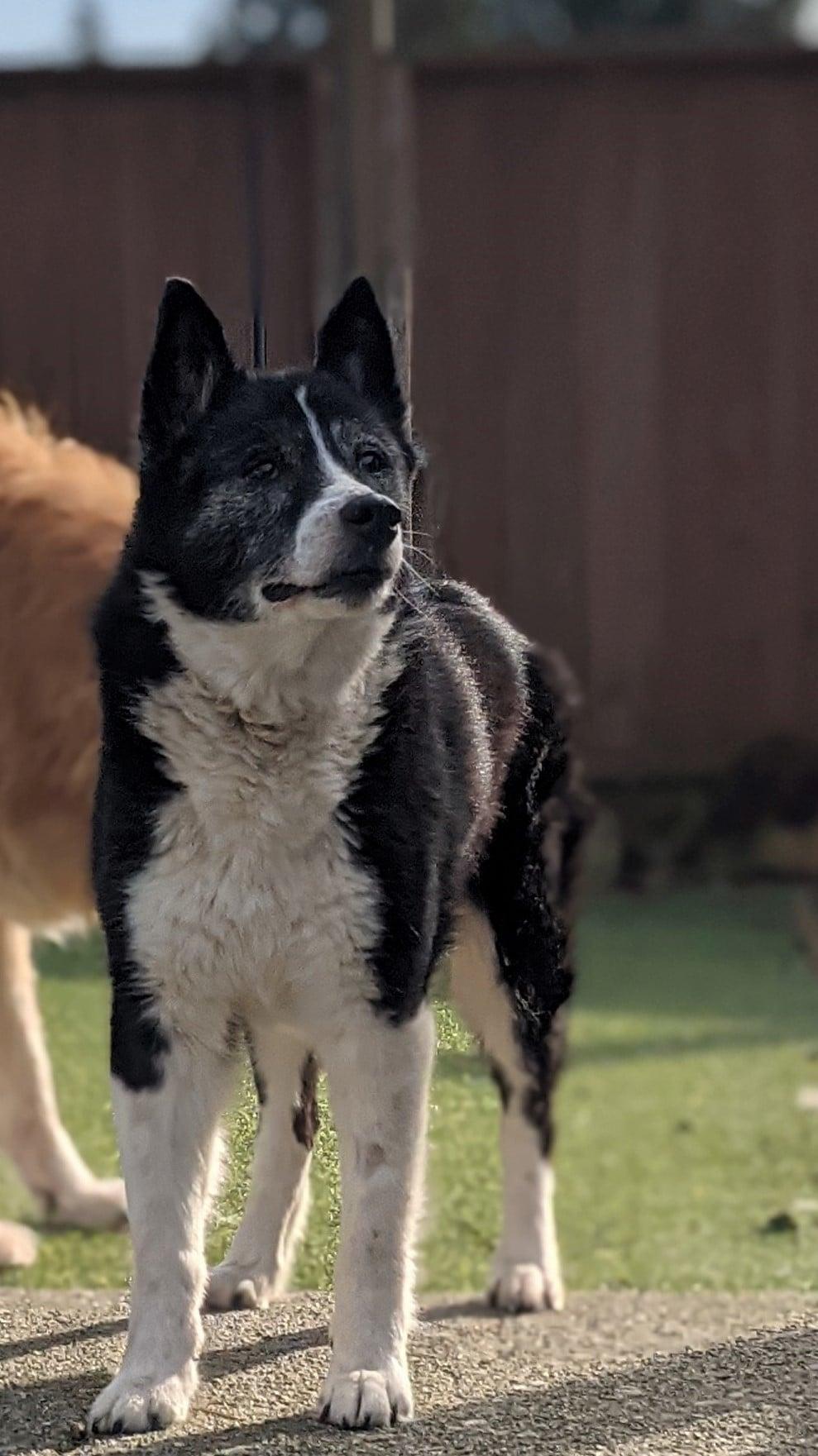 It took Animal Control over a week to catch her. She did not want to be caught. Once they had her they took her to the vet to deal with a severe flea allergy and check her out. They named her Darla, she was old, she was deaf and she was afraid. They waited for someone to claim her, but no one ever came. Eventually she was transferred to SAINTS. We knew right away that she was a flight risk and she did not want to be touched. That lasted about 48 hours before the real Darla came out.

Darla became cuddly, she became happy, she became funny in the extreme. She made everyone laugh here with her utterly cheerful intensity, esp. if there any remote chance of cheese happening. We thought she was a border collie/cattle dog cross. She had that intense cattle dog "I want cheese" stare along with the cattle dog " I want cheese" stance. The vets thought she was a Karelian Bear dog. she certainly looked like one so maybe she was, if she looked at a bear like she looked at cheese, I would run!

It took a week to move Darla into her permanent foster home. We didn't want to upset her or have her feel abandoned again. Even tho she wasn't with us for long, Darla loved being at SAINTS. So over the next week, we visited the new foster home with her a few times, then we left her there for a few hours at a time. At first she was nervous but she became friends with her foster mom quickly, by the end of the week she was following her everywhere and sleeping at her feet.

The time had come to leave Darla in her new home to start her new life and she has a new name, she is now Annie.

Annie still can't hear but her mom is teaching her hand signals. She loves to trot around the fully fenced large yard. When her mom watches TV, she rests at her feet and while she is welcome on the bed, so far she has chosen to sleep on her own bed right next to her mom.

I don't know if Annie's previous life was good, bad or somewhere in between. But I know that now she is content and at peace. She is happy with her new family and they adore her already.

It is one of those happily ever afters that we don't always get to see.

Such a happy ending for sweet girl Annie. It sounds like she has found her forever home xoxo