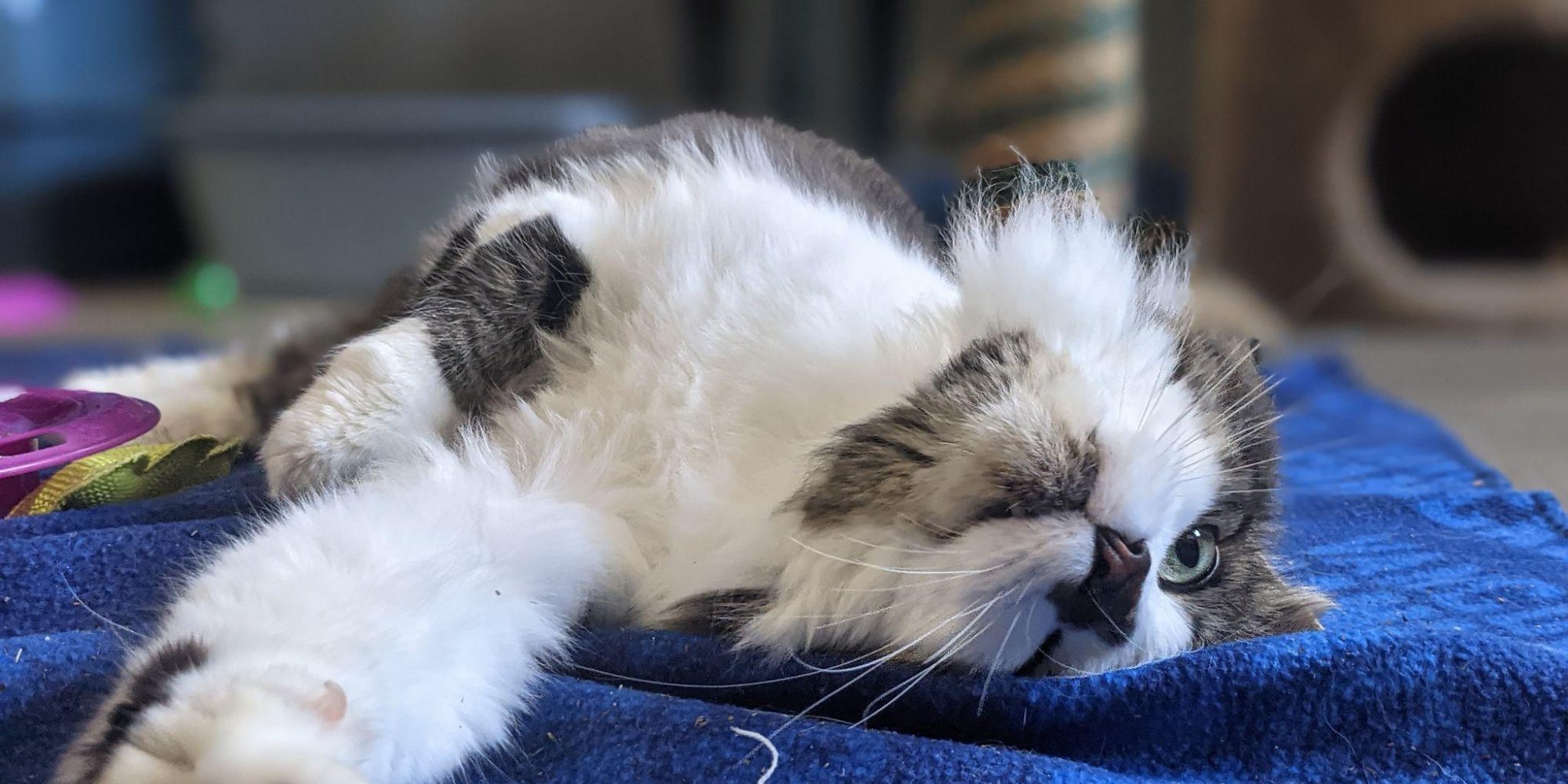 We have published many posts over the years of having cats surrendered to us that have BATHROOM issues. The reality is that it is hard to live with cats that go outside their litter boxes and a certain percentage of our cats come to our shelter with the dreaded bathroom issue. Going outside the litter box (along with aggression issues) is one of two issues animal behaviorists hear most from their clients and it is a common reason why people give up their animals to shelters. Unfortunately giving a cat that has bathroom issues to a shelter, whose main reason for existence is to find a home, leaves the cat in a precarious position of being labeled unadoptable.

Farley at 3 years of age was surrendered to us because he has fecal incontinence due to nerve damage from a broken tail injury. Luckily Farley ended up at SAINTS where the end goal is not always to find a home for our guys because we understand sometimes that is not always possible. Two years after being surrendered to SAINTS we have learned that Farley hates thunderstorms and will hide. He is very polite in his way of stealing extra food. He doesn’t use intimidation; he just hangs around until they leave and hopes for leftovers. He hates being groomed so he his shaved down to avoid mats. He loves hidey hole beds and spending time outside in the catio. He is an outgoing, curious, and beautiful kitty that also happens to sometimes have poop fall out of him (even sometimes when he is picked up). When the staff find poop at the bottom of the stairs they know he jumped and that jump caused poop to fall. Maybe just maybe someone will enquire about Farley but in the meantime he has a loving home at SAINTS.

If you would like to donate to Farley’s Team in our The Amazing Raise Campaign click here https://fundrazr.com/31oNA1?re...

He sounds like a lovely fellow! As a proud furbaby mom, I'd like to help out by donating my time to him (and others if needed) by offering some volunteer animal reiki sessions (I follow Prasad's Let Animals Lead® method). If you're interested, please let me know -- happy to start this week or next as I live close by in Abby. Best, Shannon