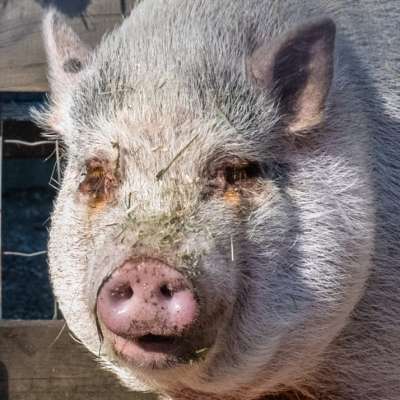 Picked up as a stray wandering down the road in one of our neighboring cities, SueSue found herself with nowhere to go.

Her owner refused to claim her so, lacking the proper facilities, she was passed around a bit. She eventually landed a temporary home but needed something more permanent.

SueSue is friendly and curious, but very timid. She is also pretty small for a pig!

It took Suesue a little while to open up and trust her new human friends, and to this day she can still be wary of strangers. She's adjusted quite well to the pampered life of a SAINTS' pig though! Suesue has no qualms about letting the humans know when she's displeased or wants something (food!).

In recent times, Suesue has been enjoying spending time in the barnyard aviary area. Seems that chickens and ducks are great company! So she spends her free time with them, rooting through their little pasture area and munching on tasty flora.

Check out cheeky Suesue, in the video below, cleaning up Emily's hay scraps. 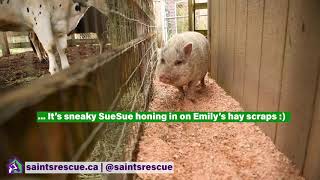 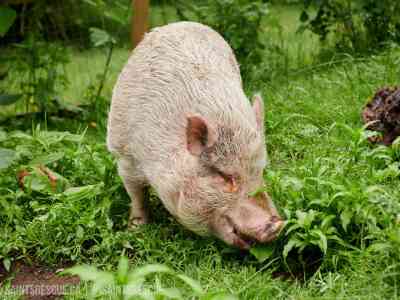