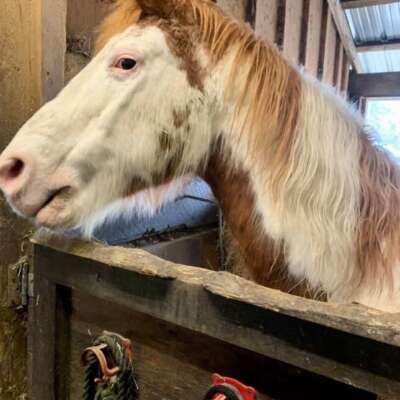 Walter’s story is that he was a rodeo horse for many years and as such was worked hard. This was done with very little kindness, understanding or compassion. When done for the day he was put out and left to fend for himself. During the winter months, he was often left without care and pulled back out to use the following Spring.

Due to his hard life in rodeo, he‘s had a few injuries. Hopefully the pictures convey that, at 30 years of age, those injuries have caught up to him. As Walter aged and began to slow down, he was less valuable, and so the repetitive chain of rehoming began.

Although some of his previous homes meant well, he has been lacking the care he deserves for quite some time. Walter has suffered with overgrown hooves, no dental care, poor nutrition, uneducated riders and handlers, and very little veterinary care.

Finally, Walter got the attention of a caring individual who did their very best to give him the care he deserved, but decided it was in his best interest to join our SAINTS family where he will live his retirement years with peace, love and appreciation for the tremendous animal he is.

Walter came into our care February 15th and he has his first vet appointment Feb 18th. We will give updates of his progress here.

Finally we would like to explain how this campaign was able to come into fruition. Matt Kerr and his Team at www.teamkerr.ca reached out to us to ask if they could do a matching campaign for an animal in need. They reached out to us just days before we were strategizing how to pay Walter’s boarding fees. (Unfortunately right now we don’t have room for Walter at our shelter). Matt and his team have committed to matching up to $5,000 of money raised for Walter’s care.

Here is the link to donate www.fundrazr.com/helpwalteR 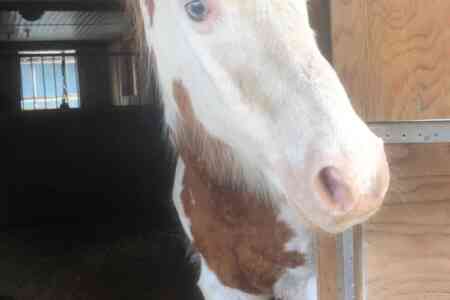