Noni (formally named Wynnona) is our sweet little rescue who has grown up at SAINTS. 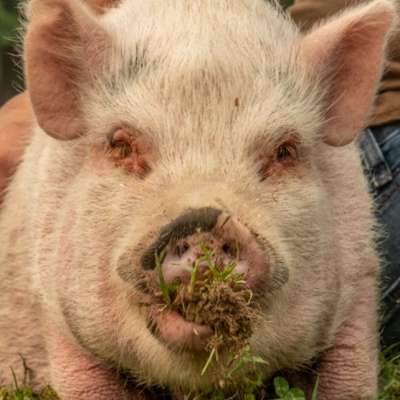 Wynnona came to SAINTS in 2018. She had been owned by a family who had planned to raise her for meat in order to feed their own family during times when making ends meet was difficult.

Pretty early on they noticed that Noni was a pretty sick little pig who needed medical attention. Times being tight, as they were, they contacted SAINTS and asked Carol to come and take a look at Noni.

Her journey to health was not an easy one. She remained a very sick little girl for many weeks. When she came to us she couldn't use her front legs at all, and it was a sad sight to see this sweet little pig trying to hop around on hind legs when going for food. But she did it, with lots and lots of encouragement, love, and special treats, Noni kept trying to get up and walk and use all of her legs. Eventually she did! During her physical therapy, Noni was also getting daily medical baths to treat a skin condition.

She really was a lovable mess those first couple of months.

Fast forward to the later Summer that year, and Noni became a full fledged barnyard pig at SAINTS. 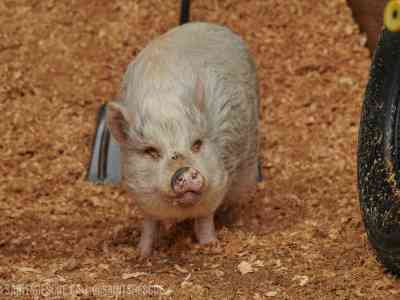 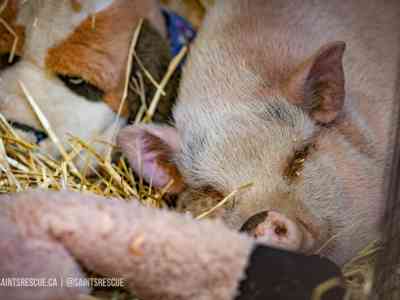 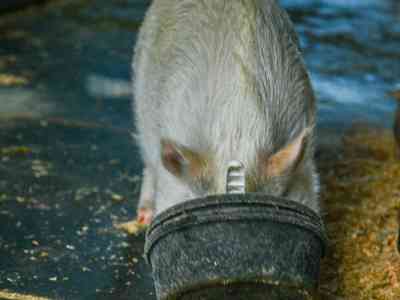 For The memory of our Pavlov from Shawna McPherson

Want to help with expenses for Stella until she can come home with us!
SM

For The memory of our Pavlov
from Shawna McPherson

Want to help with expenses for Stella until she can come home with us!