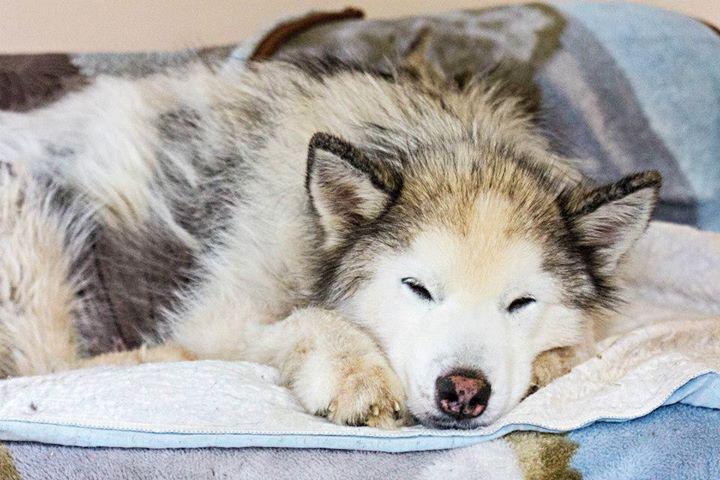 one of my biggest fears with odie (besides that he might bite the wrong person and get me sued) was that he would get suddenly ill and require medical diagnostics and treatment again. even if it was something easily fixable...not one second of it would be easy to fix because odie flipped out with any and all medical stuff.
except his insulin..he let me give that to him morning and night. he did try to eat the staff on the odd day that i couldn't do it but since 99% of the time it was me, he was ok.

unfortunately this time around, there was no miracle cure.

i have said several times today. i never envisioned such a peaceful and gentle passing for our difficult and hyper-reactive friend. i was sure that when the time came for odie to pass from this life, he would make it violently horrible.

i was wrong.
with a little encouragement to keep him on his feet and some help when he stumbled, odie calmly walked to my car and waited patiently while i lifted him in. we stopped at mcdonalds and i bought him some sausages and he ate them gently from my fingers. he then walked cooperatively into the clinic on his own steam and then laid down. he allowed the vet to fully examine him, even allowing his temperature to be taken without a single protest or fuss. it was so classically advanced and end stage lymphoma, there just was not really any doubt.
odie accepted his initial pre-med sedation injection without issue and was soon sound asleep odie was unaware of the final injection that ended his life.

you know odie was most likely one of our biggest ever pain in the asses...there are quite a few of us that bear the marks of his teeth. we all ran interference to keep everyone else safe. and that mostly meant keeping odie from getting upset and flipping his lid.

but there was something special about odie that made each and every one forgive him for so many times of being a total dick. he had this innocent charm and an angel's face that melted all of our collective hearts.

i see him tossing his ball around in the kitchen, sound asleep with squirt curled into his tail, i can feel his foot poking me to remind me i am supposed to be sharing my meal. i see odie bouncing around rough housing dogs on all four feet, or joining in a game of chase, thinking he was playing with the other dogs (but they really kept him safely on the periphery in case he changed his mind and got pissed off.) whenever he felt unsure or if he was sick or hurt, he wanted to be as close as he could to benny...benny made him feel safe. i can still see him getting up and insisting on leaving the house whenever he heard me start to cook. he knew damn well i was going to burn something and set off the smoke detectors and they hurt his ears. he wouldn't come back in until he knew for sure the oven and overhead fan were off..then it was safe to come back in and see what i cooked.
odie had a ton of personality in many different ways! he was fun, he was exasperating, he was funny, he was stubborn and he was a freak out who too many times freaked on somebody with his teeth.
he was our much loved, royal pain in the ass odie...all kinds of stuff rolled into one heck of a dog.

it has been a tough couple of weeks of loss...preacher, tess and odie...three incredibly strong and vibrant spirits that all of us loved.

rest in peace odie capote, where ever you are..please try to be a good dog!

the kitchen is so empty without you.

You made me cry with that story of Odie. Tears are rolling down my face.
YOU are a saint.
Jacquie

RIP beautiful Odie. how long was he with you at SAINTS?

Oh Carol, I was so sad to hear about Odie from Diana yesterday. I think about him frequently and can't believe he is gone.
He made me laugh so hard with his toys and his total faith that they would be thrown for him. He was so brave and funny and so very husky...and not for the faint of heart. He found his person with you, and in many ways how very lucky he was. And although everyone's shins are a little safer, how much emptier it must feel.
He lived large.
Your description of his passing made me smile. Because it was good and it was right. And because of course it was peaceful. If there was one thing I think Odie would have hated, it would be to be boring and predictable.
You do great things lady.
My sympathies to you and to the others that loved him.

So grateful Odie's passing was so peaceful - Still can 't quite believe he's gone. He was always uppermost in my mind when there on Sundays, and the kitchen must be really empty. I will see you all soon.

lynne i will come too, and help you after

i just read that jennifer liam and edward cant come in today i will come in to help.

I an so sorry to hear about Odie's passing, but am happy that he went peacefully. Odie was by far my favourite SAINTS character! He seemed to be a complex canine who had been handed some really tough breaks, but who had found out a way to survive - and thrive - under his own terms. From the sound of the description of the last hours of his life, I believe he knew it was his time to go, and that he trusted you to help him. Whatever caused him to be unpredictable and dangerous is gone now, he is healed and I imagine he is now up in the Spirit World, sight, mind and health restored - running with all his SAINTS friends and having a great time! Until we meet him again….

So sorry Carol..........sweet dreams Odie and Tess and Preacher, you were all special saints!

Another hard hit..RIP dear Odie. It is so true about his angel face..you lost yourself in his dark eyes. I am so glad his passing was a soft one.

I wish Odie could have experienced a life free from chronic illness. Poor guy. I know he will be missed very much. Thank you Carol, and everyone else at SAINTS, for giving Odie the opportunity to feel safe and loved.

wow what a shock……so glad it was a peaceful passing for him….the Saints choir will miss his voice….RIP dear Odie

im so sorry carol. he could be a pain in the butt, but so much fun too. he had the gentlest way of taking food from your hand. the kitchen was very empty without him today didnt seem right.rlip odie go play with your toys will miss you

Sounds like he knew it was time, too. RIP, Odie - and my sympathies to all at SAINTS who loved him

Oh Gosh my tears are just flowing as I read this. I was so unprepared for this one. Saints has captured a part of my heart and I feel like I know each one personally. Carol I am just so very sorry for your loss, all of them of course but I know he was a royal pain in your ass but I also know how much you loved him. All of them. I am thinking of you! xo