llama's are actually aliens from a smarter world. 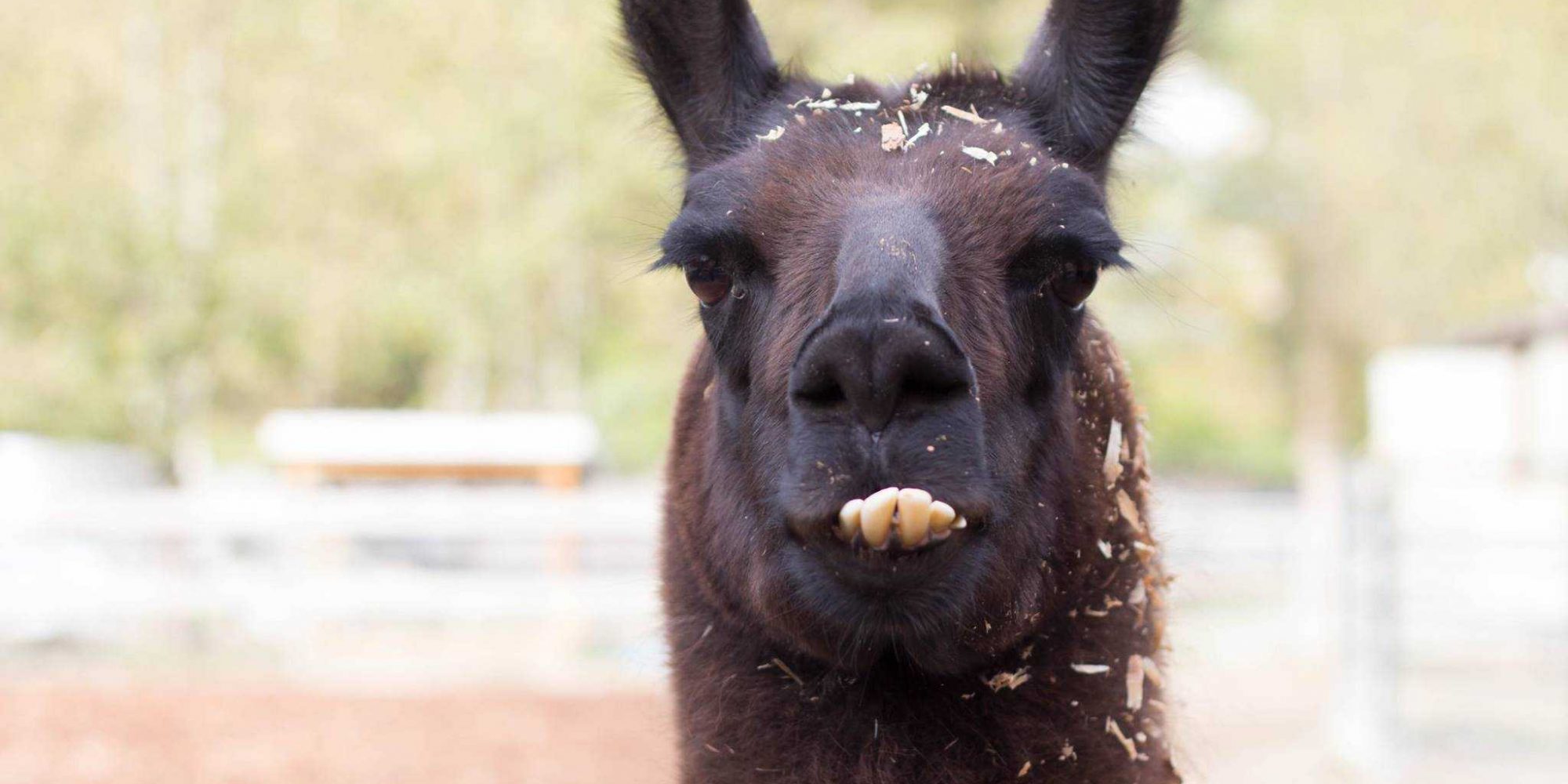 i had a rough start to the day...fireworks kept the dogs in a panic last night til almost 4 am. i woke up at 0820 with a raging headache, was supposed to meet jenn in pitt meadows at 1100 but was half an hour late because our stupid kitchen clock stopped at 0930 so i kept thinking i had tons of time left. and when i was on my way finally and tried to call her, i realized my phone was dead.
anyone trying to reach me today is most likely frustrated as heck because my mail box only holds 3 messages and then says it is full. it is still charging so no answers from me yet.

and while it was a very wet barn bedtime..it all went ok. except for carl. he is doing a llama version of a sit in..ie standing stock still in the middle of the pouring rain to make his point.
yeah thx so much carl..like i could ignore the pathetically dripping you.
anyway the current llama issue is (he communicates telepathically when he feels he absolutely must communicate with me but mostly he would prefer to not)...he says he is not a cow, and unlike ziggy the identity confused donkey...he does not want to be a cow and so he would like a llama house....not a share with the stupid cows house.

well with the sad passing of baby..the sheep actually do comfortably fit in the sheep shed with some room to spare. and since none of them are currently elderly and frail or at risk of being hurt if one bumps into another...i could (and did) lock them in the shed and let carl have their dry and roomy undercover area.

carl was quite appreciative that i figured out a more equitable solution to his problem and am actually not as dumb as i look.

Way to go, Carl! You got your own way - again! You are far too smart to be a cow anyway. I am so very proud of you - sorry Carol.