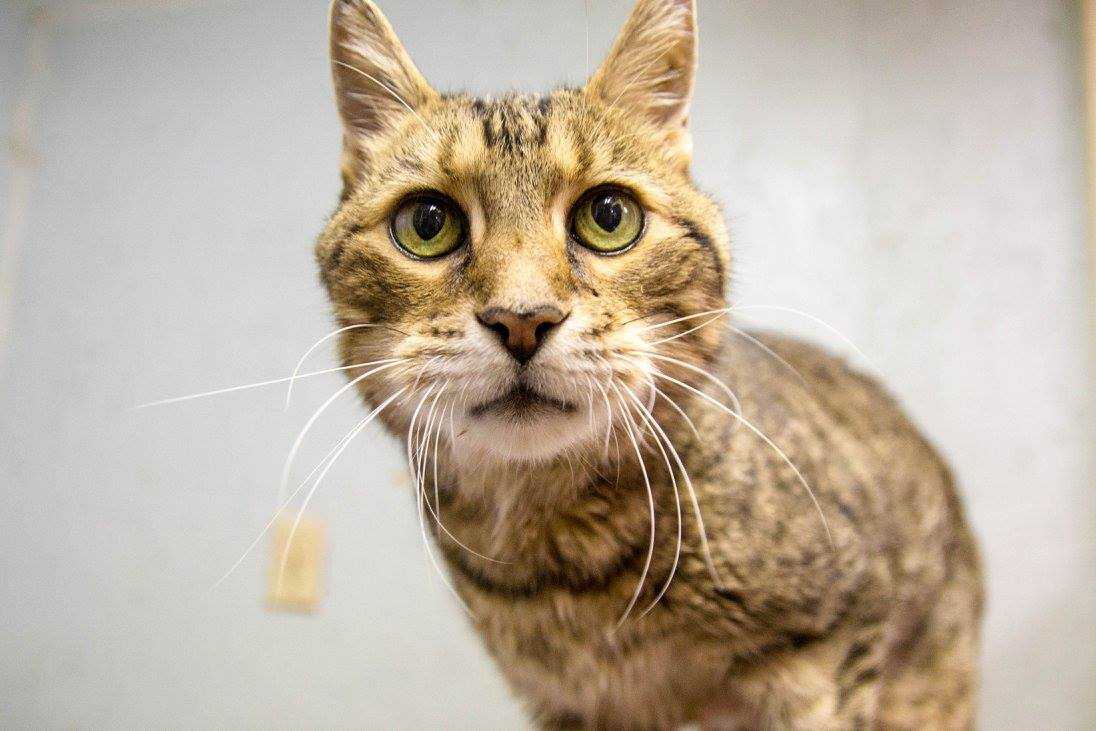 he has been unwell since arrival, battling a stubborn URI which despite ongoing treatment and repeated trips to the vet, just would not go away. today we xrayed and discovered a large tumor in his lung, another tumor in his vertebrae and a mild case of pneumonia...sarge wasn't getting better because sarge had some really serious hidden health problems undermining his ability to recover.

in discussion with the vet, since we were unable to return him to a reasonable feeling of health, it was decided to help him to peacefully pass.

sarge had a huge personality and a real zest for life. I do think he would prefer a peaceful passing and not to wither away from something he was unable to fight. sarge was going on 17 yrs old, he was a beautiful soul.

rest in peace sarge, you were a very good cat.

Thinking of you Carol and everyone at SAINTS for the loss of both Sarge and Dixon...

RIP Sarge , another great cat crosses over...& I hope you have closed the door behind you...the hearts at SAINTS need some time to heal .

There is going to be a big hole in the medical room now :=(. two great cats

And again my heart hurts tonight... this is something I'll have to get used to in senior animal rescue. Have you thought about who you'll move into the med. room, Carol?

gosh, he was quiet the other day, not like him. feel bad for dionne
too

Wow, two special cats leaving us in two days. Sarge was a real character as well. He demanded attention (literally - I've never heard a cat with such a loud yowl). He also loved cuddles and affection, and made sure he had his share! He was a lovely boy. Rest peacefully, Sarge - I hope you and Dixon are playing together, free from aging, ailing bodies. We'll miss you, sweetie.

The med room is going to seem awfully quiet without Sarge's loud raspy demands and without Dixon bombing around. Miss you guys.