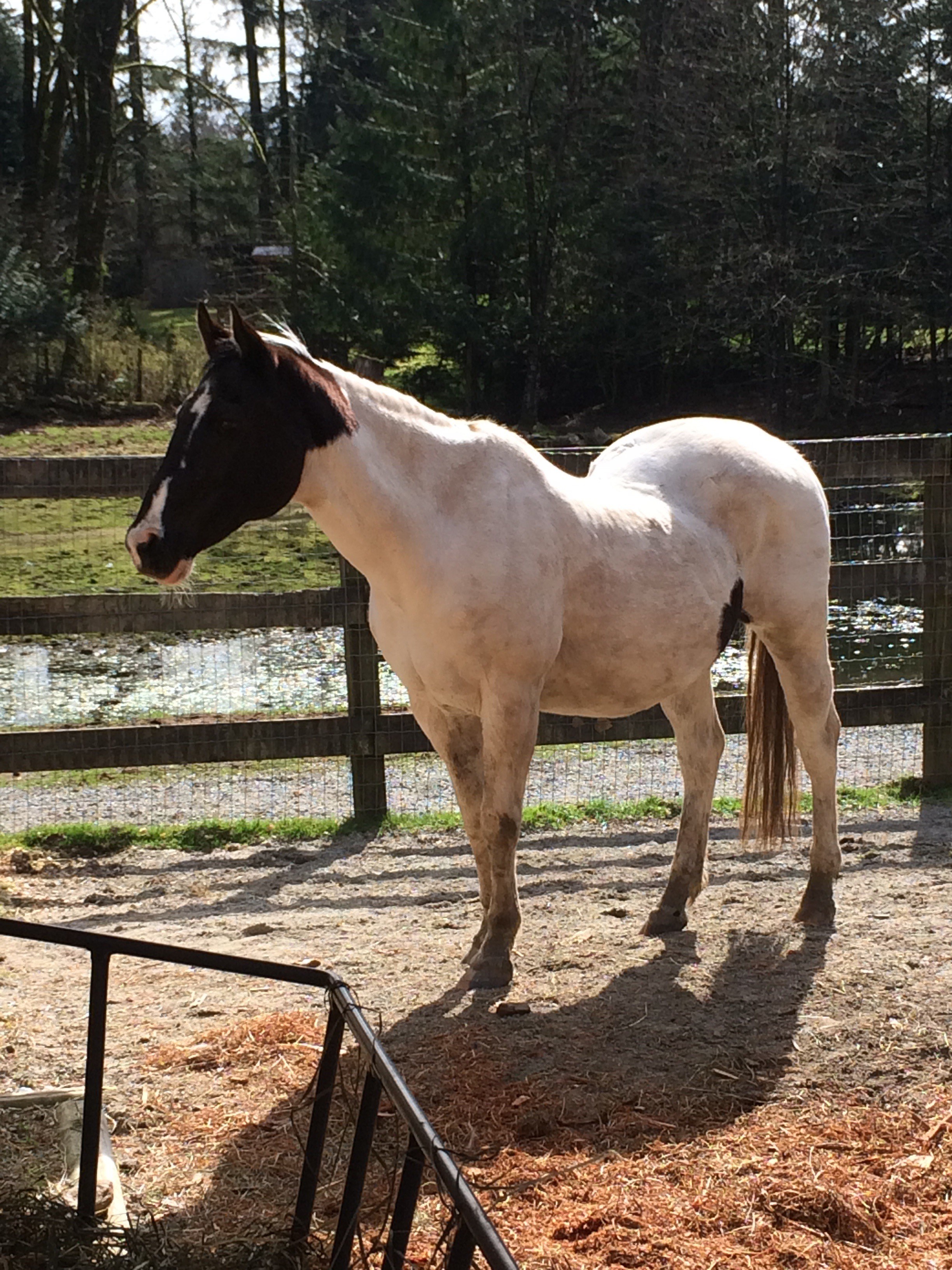 just awaiting confirmation that she is safely loaded and on the ferry heading to her new life.

we should have said no to her...but mo and I said yes. this horse has had a pretty sad and typically unfairly exploited kind of horse's life.

she is pretty young for us...only 22. but she is useless now so no one wants her..except for us.

here is her story as we know it...

sofie was a brood mare, never used for anything else. in her pictures she looks to be a bit of a homely girl so not sure why anyone would continually breed her over her lifetime except maybe because she was cheap. and all foals are adorable and so most likely easily sold also fairly cheap.

she probably made a fair amount of money for whoever had her at any given moment depending on how long she lived in each place and how many foals they were able to breed.

she finally ended up at auction with her last foal at her side and they were rescued by rescue and sold to a 17yr old. their new owner now can't keep her, the babe was easily sold to someone else. the rescue will not take her back because they are full. the new owner was given two options, re-home or euthanize.. and sofie could not be re-homed, not even for free because no one wanted a fading 22 yr old brood mare who had never been used for anything else and had no training.

it's a sad story..maybe not a horrific story because as far as we know sofie was not starved, she was not beaten and abused, maybe she did not get to live in the nicest and best of all homes...but where ever she was, she obviously had enough to keep getting passed around to new folks for the past 2 decades.

so sofie is not an "Oh My God, you poor, poor horse! How could anyone do that to you??"....she is just your typical average plain jane girl who has been used and used until there is really not much left to use ever again.

her story made both mo and I sad so we said she could come here....I guess sometimes it is ok to listen to your heart and not your head.

I think when the rescue first brought her in a couple of years ago her name was Panda. Very cute mare. She will be a great addition to Saints

You could always make her Patti Swayzback...

Can't wait to see her picture.

Cannot wait to meet her!!! Yayyy

I was thinking softie debra...good call and great minds think alike!
anyway, she is here...arrived safe and sound. she has chowed down on the hay right away...hasn't a clue what an apple is and it is damn good she is not a gelding or I would not be able to resist changing her name to patrick swayzback...all I can say in regards to her back is ...wow.

I agree!! Sophy looks too much like Soapy...YUK Sofie looks close to Softie which I'm sure she is. Thanks for taking her in. I'm sure we'll have many years of enjoyment watching her live her days with kindness and caring.

it is now sofie because of my beloved passed away sophie and I don't like the looks of sophy..it bugs me aesthetically! (sp??)

Lol... the spelling of her name is actually Sophy... personally I prefer Sophie..for some reason it seems more feminine

Yay!! I was hoping you would take her. She will have a great life at SAINTS.

I think you made the right choice, mo and carol.