buster had his vet check..not good. 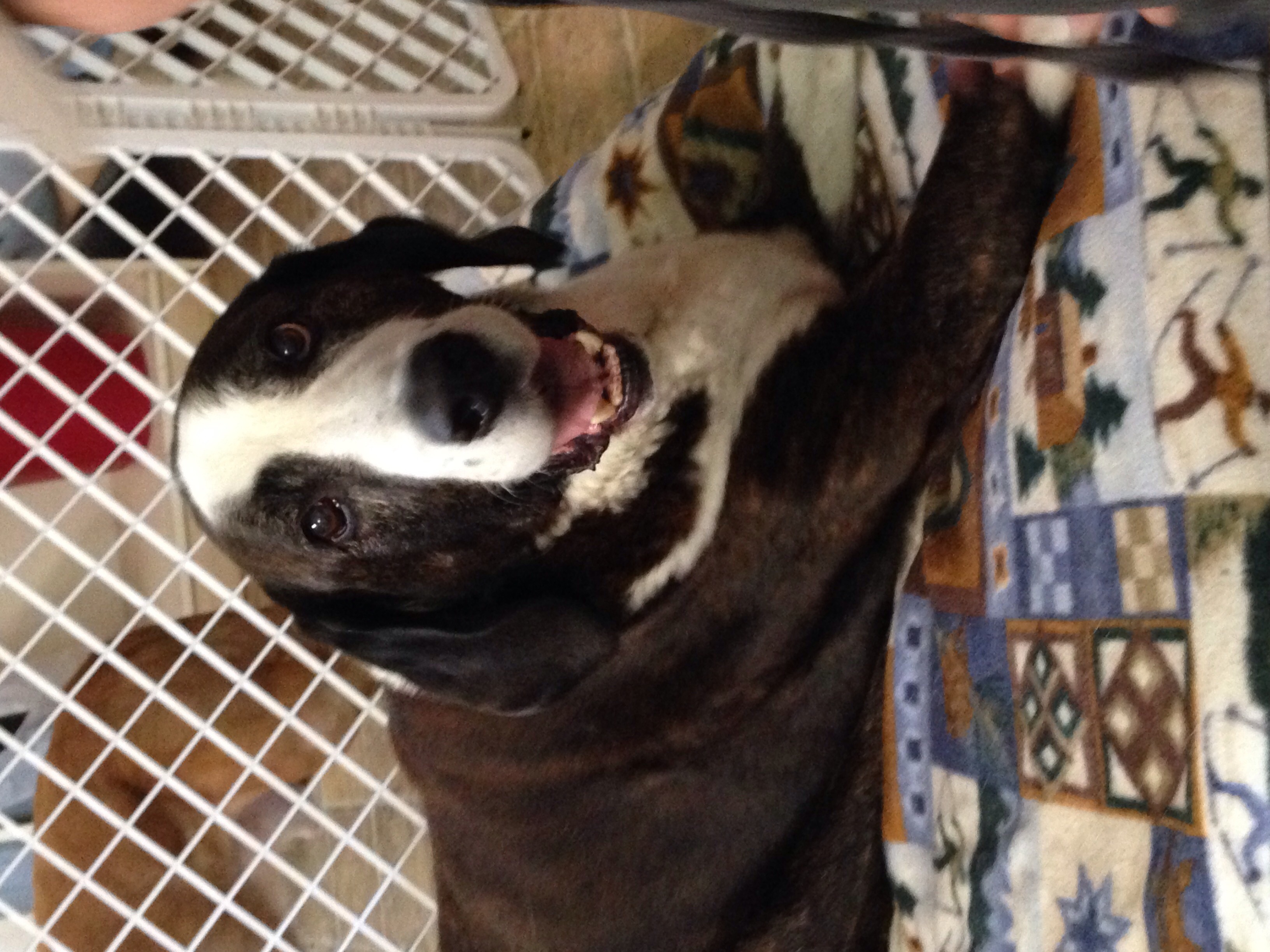 his ears are still bad despite treatment both at the shelter and here. he has a bad back and his knees are very arthritic. I have been quite worried about his bowel function but an internal rectal exam did not show any masses. however..the vet by some fluke looked into his mouth just as he was raising his head and she saw a stick wedged up way back. she didn't see it when she opened his mouth to look...she only saw it by accident when she was done and he was lifting his head to get away from her. luck was with him on that one cuz we had no idea it was in there, he didn't show any symptoms.

so we decided to sedate him, get the stick, flush out his ears and xray his back and hips.

the xrays ruled out spondyliosis of the spine but did reveal a blown disc. the ear flush reveal badly inflamed ears and his ear drums are quite swollen and ready to burst. his knees are arthritic and he has luxating patellas and his colon is full of stool, pushed out of place by a very large tumor.

the vet removed the stick which had been there probably for months..it has perforated his gums and his mouth is infected where the stick was imbedded .the stick itself felt petrified..i couldn't break it, it smelled absolutely disgusting so I think it may have been there for years.

buster will feel a ton better without that painful stick imbedded in his mouth. he will also feel better with the oral antibiotics and ear meds to fix up his sore ears. we have a pain control med regime in place for him, plus we are adding laxatives to make it easier for him to clear out his bowels. but buster is palliative..maybe a couple of weeks? maybe more, maybe less..depends on how fast that tumor continues to grow.

he has such a sweet and gentle soul. he is somewhere around 8 years old.

we will do our best for you buster to make sure you are happy and comfortable and to help you pass before life becomes too difficult.

this is what we are here for, to provide comfort and responsible, compassionate, respectful end of life care to the poor homeless busters out there.

I think Nicole has a photo of our lovely big boy..maybe she will post it?

That's funny. Daisy Mae had a stick wedged in her mouth too and it came out stinking, looking petrified and been unbreakable. The vet didn't catch it but the wonderful animal care attendant at the Maple Ridge branch was adamant about Sheila and me having her mouth checked by our own vet. Daisy Mae showed no outward symptoms from the wedged stick but she had really bad breath and the animal care attendant was sure this was something wrong. She also had a hole in her gum. We actually had to pull 2 of her teeth because of this.

What a beauty of a boy. So cute

jeez, poor buster. wow, what some animals go through in silence. sad.

Omg, Buster is one of those gentle souls with personality to boot, loved him as soon as I met him. I agree Tammy, sometimes life does suck. So glad you found the stick - amazing thst he was not reacting to this. What a shame...

I was visiting with him for a while on Sunday as well. Such a sweet, gentle, lovely dog who loved to be made a fuss of. So sad.

Hi Carol. We both had the pleasure of meeting Buster also on the weekend. He greeted us with a woof, woof, woof and was so gentle and loving. Who would have guessed he was experiencing so much on the inside - bless his heart.

it is a great pic but can it be turned around somehow?, my neck doesn't like twisting to look at him!

Haha thanks Ali!
Carol, somehow all of the bazillion photos I took turned out blurry!!

I took a nice one yesterday.

I met Buster on the weekend and he has to be one of the nicest and sweetest dogs to make their way to SAINTS.
This is another one of those Life really Sucks moments.