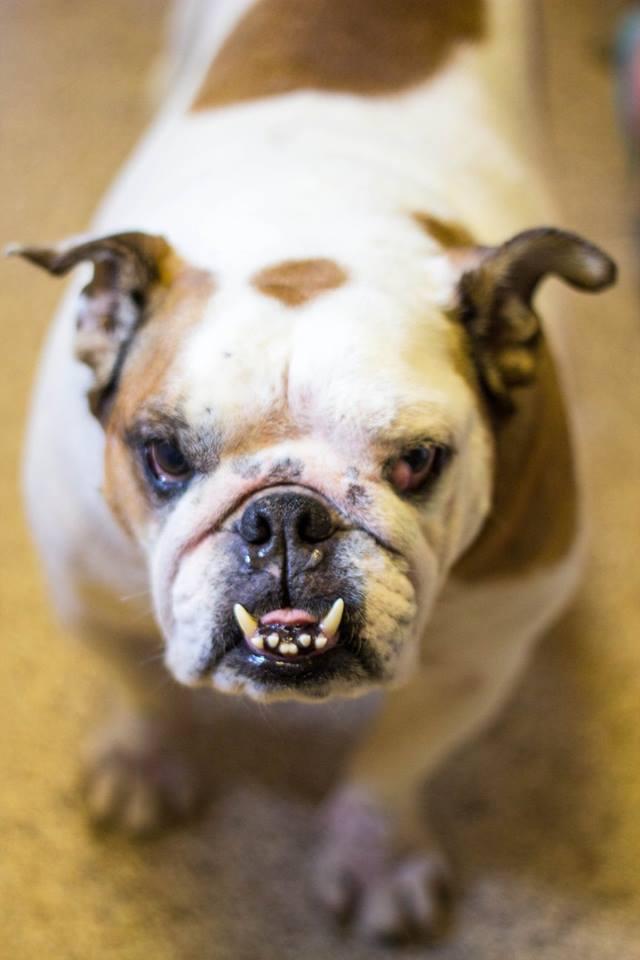 it was bad enough when Robbie and pete start to play on the bed because they have no consideration for others while they are thumping around. but then buddy decided he wants to play too except he doesn't have a clue how to play so he runs around the other two barking and snarling and snapping at their legs. at first I thought he was being an ass but the other two don't seem to mind so I guess they get it is his twisted form of joining in.

whatever..it was all barely tolerable until last night when aggie decided to join in. for gawds sake don't wind up aggie into playful. she is all teeth and they poke out in every direction. if you as the human try to push her back away from your face, or pet her gently to calm her down...she thinks you are playing too and turns those pointy wicked teeth right into you!

and she doesn't stop either..the other three eventually decide that she might be playing but she is still pokey freaking scary so they disappear and the wound up bully dog turns her happy go biting attentions directly on you.

agnes: quit being such a big baby and lets just play!

Oh, you just made my morning..... I really needed that laugh. Go Aggie!

too funny just let aggie play she is soooo cute