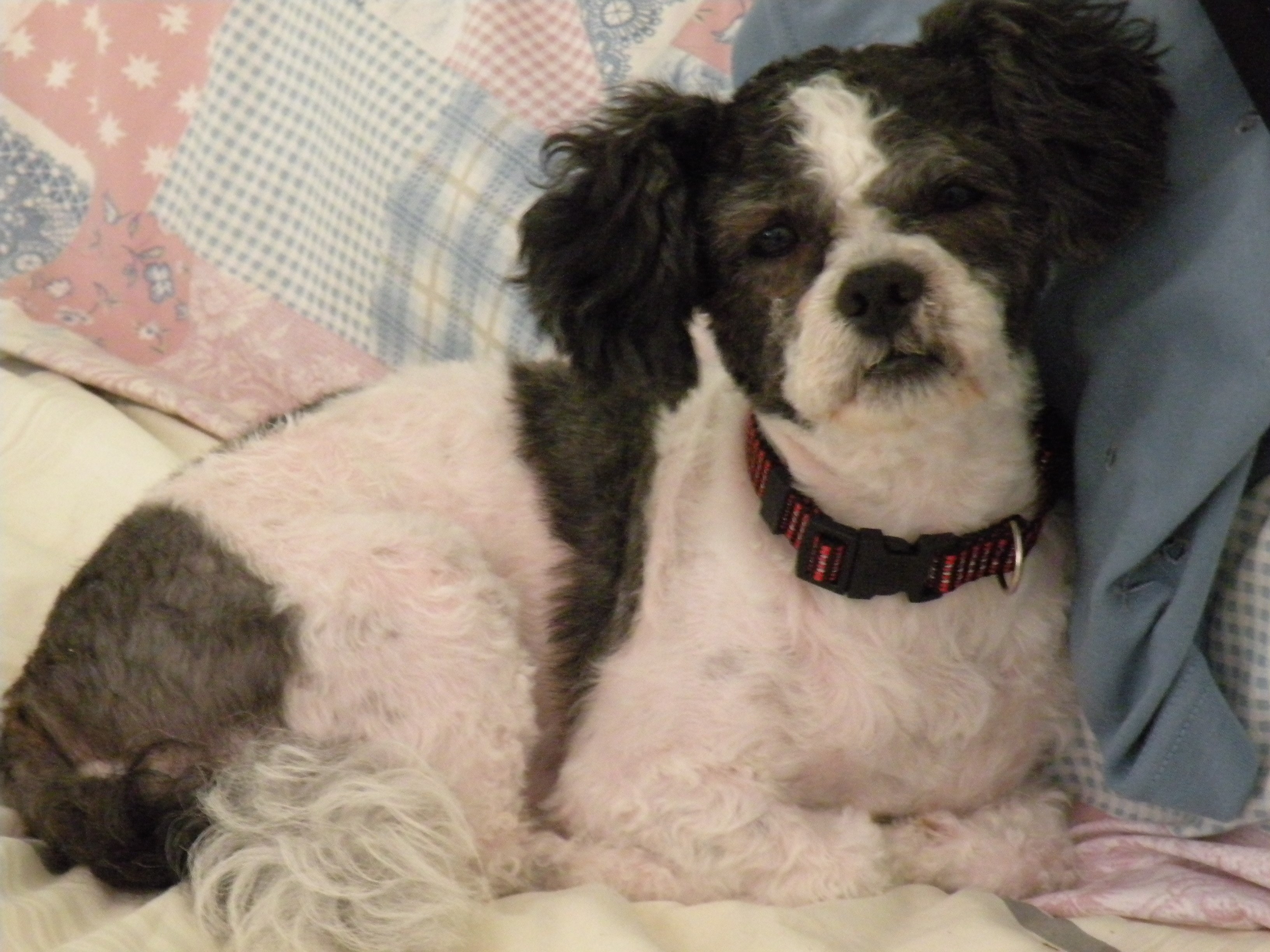 Hi Carol - it's been a week since Cooper came to stay & it has been a busy week for him. He met Dr Elizabeth, who pronounced him healthy- his only issue was having his stitch removed. He has met his brother & sisters and while it took some getting used to, he has settled in well - they are tolerating him if not fully accepting him yet. He spends most of his time under my feet, and seems to think that the only place for him is either on the bed or on the chaise. Charlie has finally decided to reclaim his spot on the chaise & as that is not Cooper's chosen place, all is well in that regard.He has condescended to curl up in a dog bed in my studio when I am painting but that is as far as sleeping on the floor goes! He has been very polite about taking his turn accepting treats, and was very surprised to learn that there are bedtime treaties each night - he has chosen his spot in the troupe for this & all is calm - no arguing from anyone. He had his bath & haircut today, and while I think he looks cute, he is very embarrassed about the hairdo and refusing to go outside! I am sure that is just a passing self image problem. Here are 2 pix - he is hardly recognizable without all his curly hair!
Anyway, thanks for sending him to live with us.
Cheryl

Love the expression on Q's face.

Hi Carol,
Just wondering if u could give me an update on Zae, if u have any pics laying around that would be awesome too:) what are her days like? Is she playing with any other dogs yet, or able to just hang out with them?has she been able to go swimming yet? Also has the vet found anything else underlying wrong with her or is she all good to go?
Thanks so much, take care,
Rebecca

Oh Cooper - sounds like you have found a great family with Cheryl --he looks so different, but as cute as ever