so sorry to report that Pac passed away in his sleep last night. 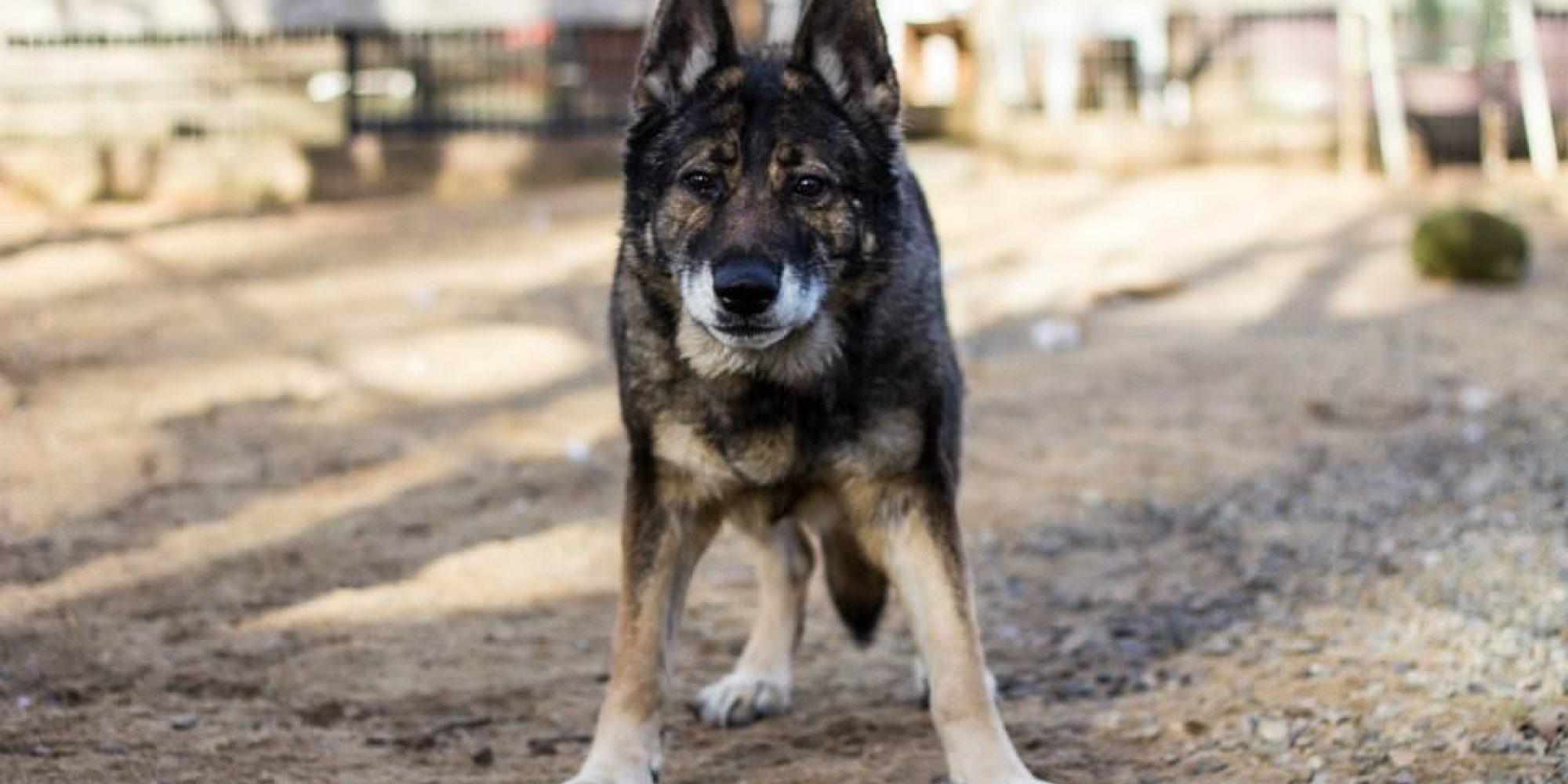 he was such a great dog. james and trish are heartbroken, Pac was a dog in a million to them.

for those who don't know his story...PAC was an RCMP bomb sniffing dog. when he was retired from service he had arthritis and severe skin issues...one of his medications cost over $500 per month plus he had several less expensive meds so it added up to a hefty monthly medical bill.
Pac's handler chose not to adopt him upon his retirement, Pac wasn't able to find another adoptive home due to his very expensive medical needs. so pac came to saints..we got his skin under control and our wonderful vets brought in the atopica at cost, which was about 50% off, a real help for us. Pac was eventually placed with the RCMP officer who raised Pac from 8 weeks old until at 18 months old when he was sent off for active service. there was a real bond between the two and when James learned that Pac's retirement meant living in a shelter, he contacted us right away. James and Trish took Pac home as a foster, we continued to cover his medical care and they gave him a wonderful home who knew him, understood him and what being a retired rcmp service dog meant. they loved him more than words can ever say.
James was there for Pac's beginning, and he and trish were there for Pac's end. Pac was so happy to share his life with them.
Rest in peace pacman...you were so greatly loved and it was an honor to know and love you too.

Aw, PAC was very special - so sorry for your loss Trish and James

Such sad news, so sorry Trish & James.......sweet dreams Pac, I hope they have lots of orange cones for you on the other side of the bridge!

A great dog...a great loss..but the love he gave and recieved will forever live on. So sorry Trish and James and thank you for being there for him when he needed you the most.

i am so sorry but so happy he went home with you it was a fairy tale ending for him. he passed away being so loved. my heart goes out to you.

To James, Trish and Saints.....thank you so much for giving Pac the honor and respect he deserved in his retirement years. He was a special guy who passed knowing he was greatly loved......RIP Pac

This has me in tears - Pac was awesome, He was the kind of dog you couldn't help but love and respect - he was so intelligent and loving. My heart goes out to James & Trish on their loss. Pac's story was inspiring, and it had a Cinderella ending when they gave him a home from Saints. How special for them - to have him as a pup, and then watch over him again in his retirement years. I'm sure he passed away peacefully, knowing he was loved.

So sorry to read this, Pac was a great dog. It is wonderful that James and Trish were there for him when he really needed them. My sincere condolences to you both, I am sure your hearts are breaking. Such a lovely dog and was missed when he left SAINTS but we were very happy for him. RIP Pac.

so sorry for your loss, I'm so glad he had you till the end

Condolences, James and Trish. Pac was an awesome dog and I'm so glad you were there for him until the end. What a wonderful, peaceful way for him to pass. Rest in peace, Pac.

:( so sad but still so lovely that they were there for him.

I am so very sorry for your loss. RIP Pac. 😥