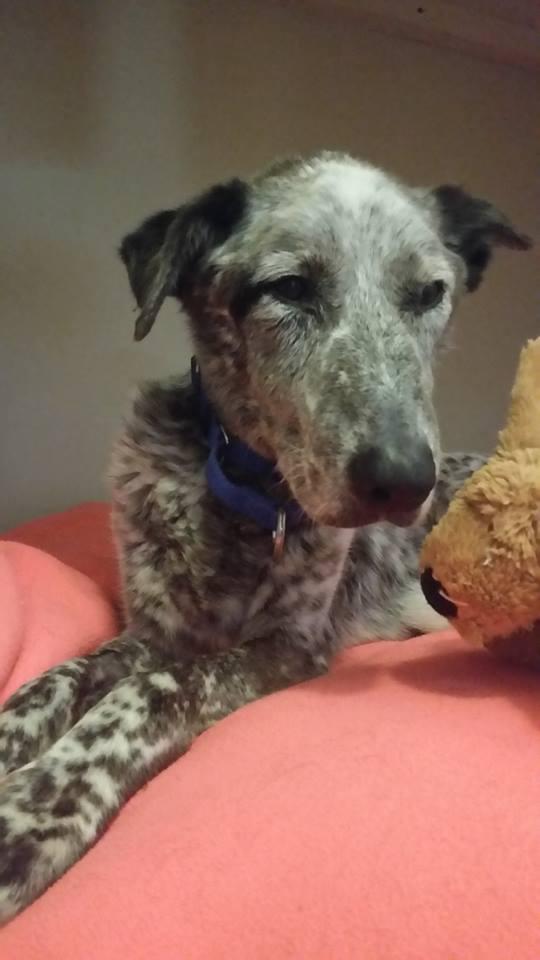 he had his ultrasound at Boundary Bay/FV Emergency Clinic today (thx mo for taking him)...the ultrasound still was not conclusive....liver and spleen enlarged, lymph nodes sl. enlarged ...could be lymphoma, could be infection or even some out of country fungus or tick born disease..depending on where he originally came from...bc dog or import?
in discussion with the vets, we decided to admit him so they could run some more tests.
I got the call at 11 pm, that Rupert was not doing well. his liver was crashing, his values had gone from 20 something just a week ago to well over 2000 tonight. I went straight to the clinic, and the dog I saw before me was not the dog I left this morning...Rupert was done.

Rupert died peacefully just after midnight...whoever his owner was...they never came looking for him when he was lost, but at least he knew that someone cared enough to come back to be with him as he passed from this life to the next.

rest in peace sweet, kind and gentle dog, you were a very special gift.

Rupert....you were a special boy! Even though you were with us only for a short time, you memory will last a lifetime!
RIP sweet boy🐾💕

So very sorry I did not get to meet Rupert....RIP Sweetheart

you know sheena...he was just so "present" (don't know how to really say it) that I was starting to feel sure that he had every intention of staying so there had to be an answer out there for him. just wishful thinking I guess....thx so much for doing what you guys do so well before he came to us.

thank you for giving him a home, even for a while. We knew he wasn't long for this world, I'm glad he got to end it with you. Thanks Carol and SAINTS

He didn't have enough time of being loved. So sad. RIP Rupert

So sad. Rest in peace Rupert.

That is such sad news - I am glad you were there with him when he passed. He was a very sweet dog.

RIP Rupert. Such a beautiful soul