anthony hopkins has passed away 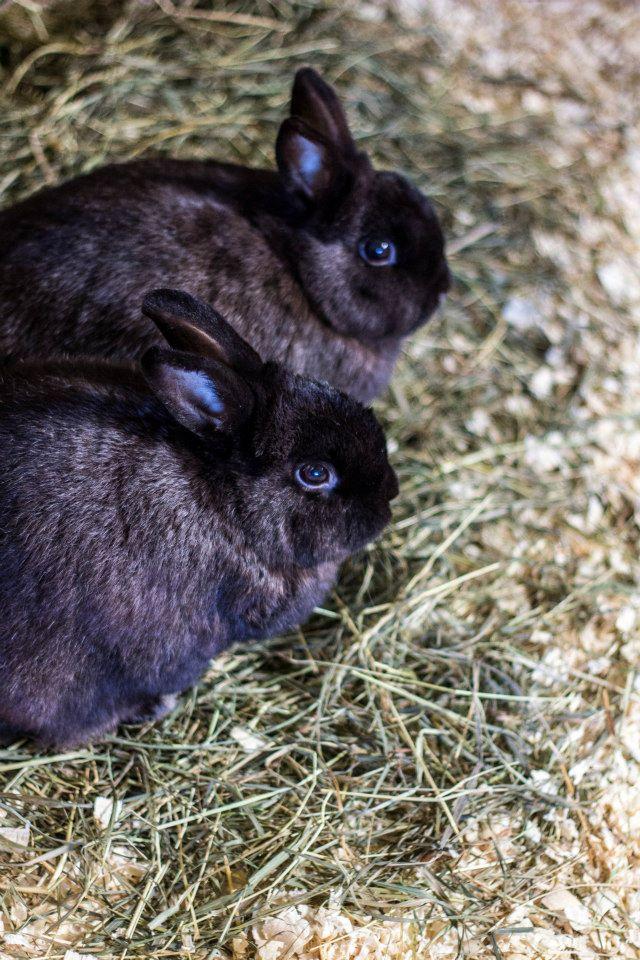 yesterday i thought he looked so much better...his head tilt was less, he was able to stay upright and hop from point a to point b and he even started eating on his own, chowing down on some alfalfa hay and a little bit of apple. this morning when i checked him, i thought he wasn't looking so good and he continued to deteriorate during the day. by the time i got home tonight, he was right back to where he was on sunday. i took him over to emerg and the kind staff there helped him to pass gently away.

was it a brain tumor, was he stroking from rabbit old age...was it an inner ear problem that the drugs only helped for the first couple of days?

i don't know but i did know that there was most likely no longer any hope.

rest in peace little rabbit and i hope you are once again with your brother bun jovi, the only other creature that you truly trusted and loved.

Poor little fella.
It's too bad ER vets don't understand rabbits better as with head tilt, they often get worse before they get better.
They don't know that as many do not treat rabbits regularly and they always choose to with them.
Rip buddy.

Your spirit is running free now, little one. Loved you and will miss you.

he was such a beautiful bunny. rest softly little one.

This is absolutely heartbreaking. There was one other creature that Anthony loved and trusted, and that was Penny. Those two had the sweetest bond, and she loved and cared for him so well.