i guess i should tell at least one cute/funny little tale from sickville today... 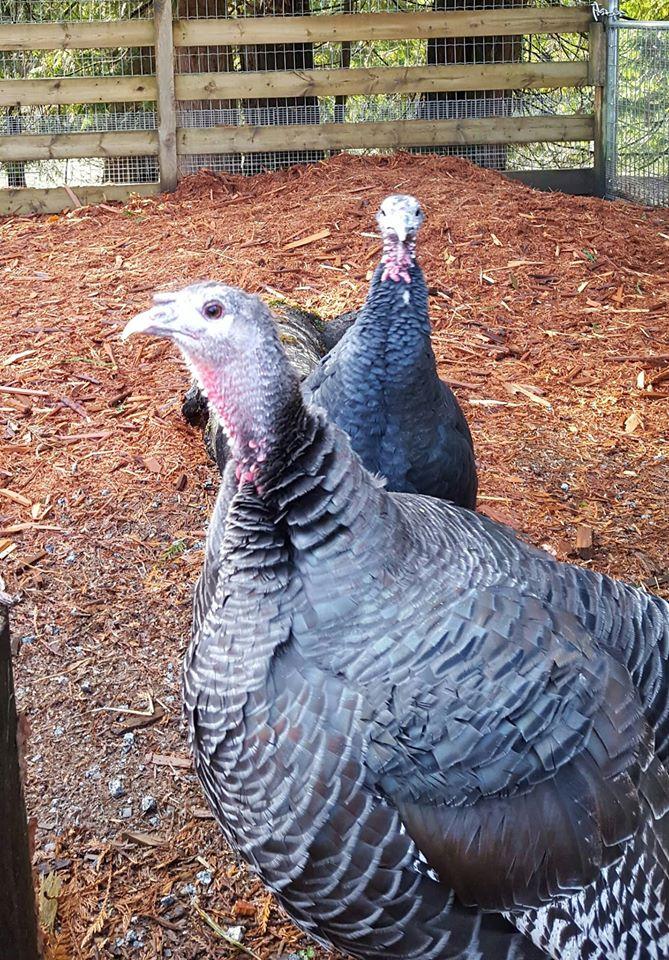 i bet in a previous human life they were followers of Ghandi!

anyway..turkey bedtime is apparently an issue. like little feathered toddlers, they don't want to go to bed.
i however am sick and do want them to go to bed so i can eventually go to bed.

but instead of cooperating or even running away (in which case i think i might be smarter than a couple of uncooperative turkey's and i could possibly trick them into running away into their house)...those freaking girls park themselves and defiantly just sit down!

are you kidding me? a turkey protest sit-in???

it was like trying to put to bed two year old twins.

it made me out of breath but i did eventually get them both in.

and just so you know, at least when you feel sick and weak...turkeys are heavy to pack around.

anyway..it wasn't all that funny or cute at the time, but upon reflection, once the deed was done..bif and pink are kind of cute when they are passively protesting having to go in their house.

in my opinion they are not really doing anything all that important or exciting when they are out...but i guess their opinion is different.