there was a reason i never went into maternity nursing... 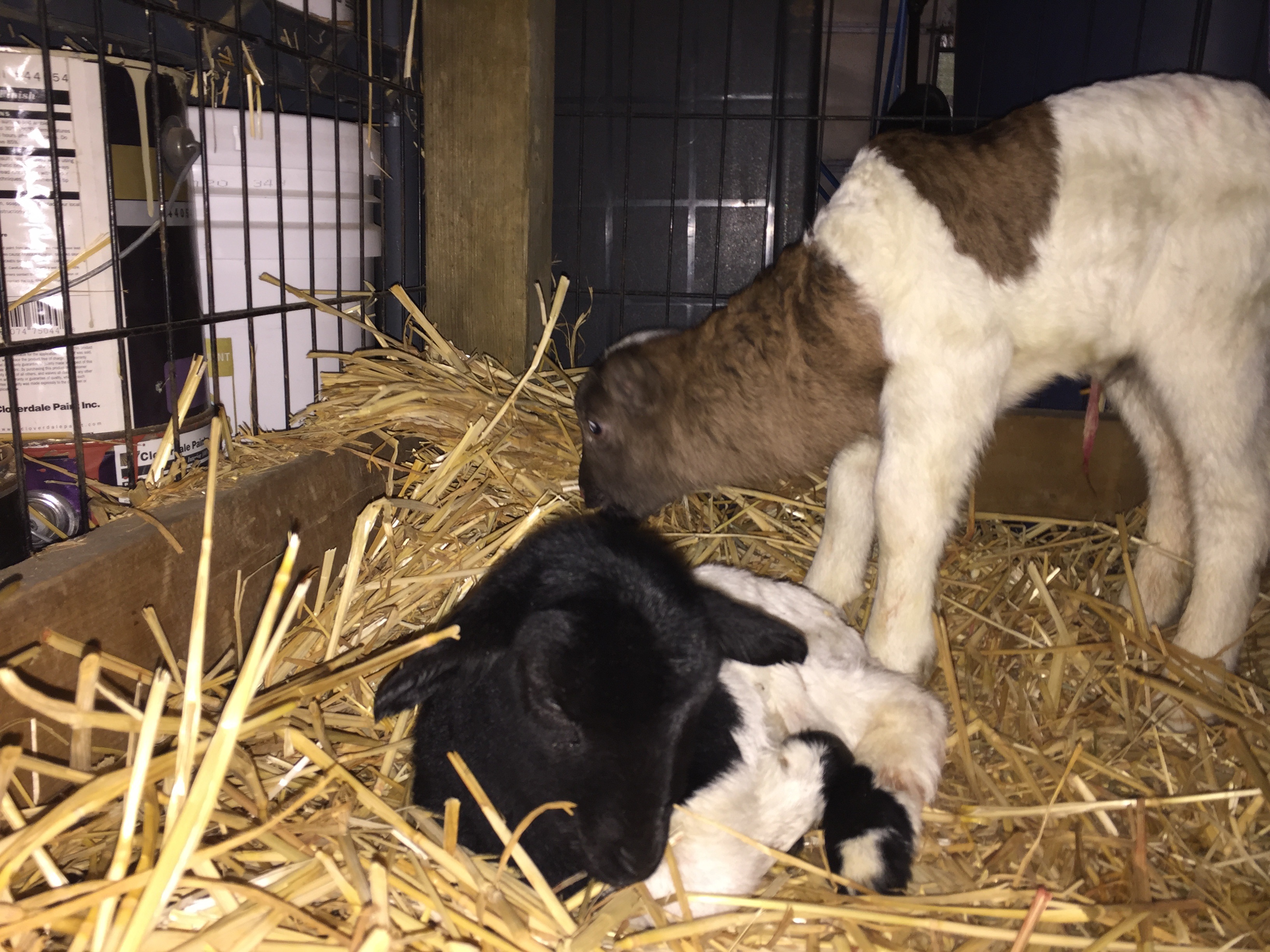 like i don't want to be responsible for the life or death of a newborn just entering this world.

and baby was stuck...he had his legs entangled with his twin sisters.
we called the vet and brent came right away, untangled the legs, pulled out the little boy, pulled out his sister, went back in and pulled out the third little sister.

oh my freaking god! we have triplets with a mom who can't nurse!!!

we mixed up the colostrum, which was a bit of a gong show because i never even thought to have a funnel. but we got it done, poured the formula into three adorable mickey mouse bottles and brent, arnie and i each grabbed a slimey baby and tried to feed except they weren't having anything at all to do with the mickey bottle nipples.
nooooooo....

i found some kitten bottles and nipples from years ago when i used to do orphaned kittens and that was a supreme failure too.
brent ran back down to the clinic to see if he could find an actual lamb nipple but he wasn't sure they had any which was a big worry.
i left arnie with the hungry babies and mom and went outside for a smoke and to ponder the problem. i know it is a disgusting habit, but i am a 44 yr long cigarette addict and sorry but when i am stressed, i do my best pondering with a cigarette in my hand.

the solution came to me when i was outside so i came back in and started searching thru our medical stuff until i found some sterile surgical gloves. the first pair did not work, as a safety feature for surgeons, they were self sealing when holes were poked in them. damn inconvenient in this particular circumstance. i found a different kind and voila! success. i had a green rubber glove filled with milk that looked just like a small cows udder...perfect.

by the time brent came back..arnie and i were feeding the babes pretty well. it is a two person job with the rubber glove, but hey, it worked.
they actually like the glove better than the lamb nipple that brent brought back.

whatever, they will have to get used to the lamb nipple eventually because it is far easier for us to use and i only have enough of those gloves left for three more feeds anyway.

one of the little girls has figured out how to nurse off of mom by finding a nipple down on the floor.... very smart girl. but whether she will get enough that way is questionable so we will continue to feed all three.

anyway..mom is fine, babes are fine. arnie and i are going to sleep until 6 and then glove feed the triplets again before i leave for work.

thank you arnie! thank you brent! and thank you three newborn babies for making it.

Welcome little ones - how sweet are they? Many thanks to Carol, Arnie and Brent on their safe arrival - great job you guys!

Thank you SAINTS and Carol for letting me share in an amazing experience that I'll never forget.

They are sooooo cute!

Wow 3!!! Hats off to the birthing crew and happy days to Mama sheep, glad for you all that the babes are here safe and sound, can't wait to see them.

Welcome little ones. Can't wait to see them. Will you be setting up a feeding schedule Carol?

Wow..sounds like a stressfull eve..so glad all worked out. Welcome little babes. Yea for the maternity team !!!