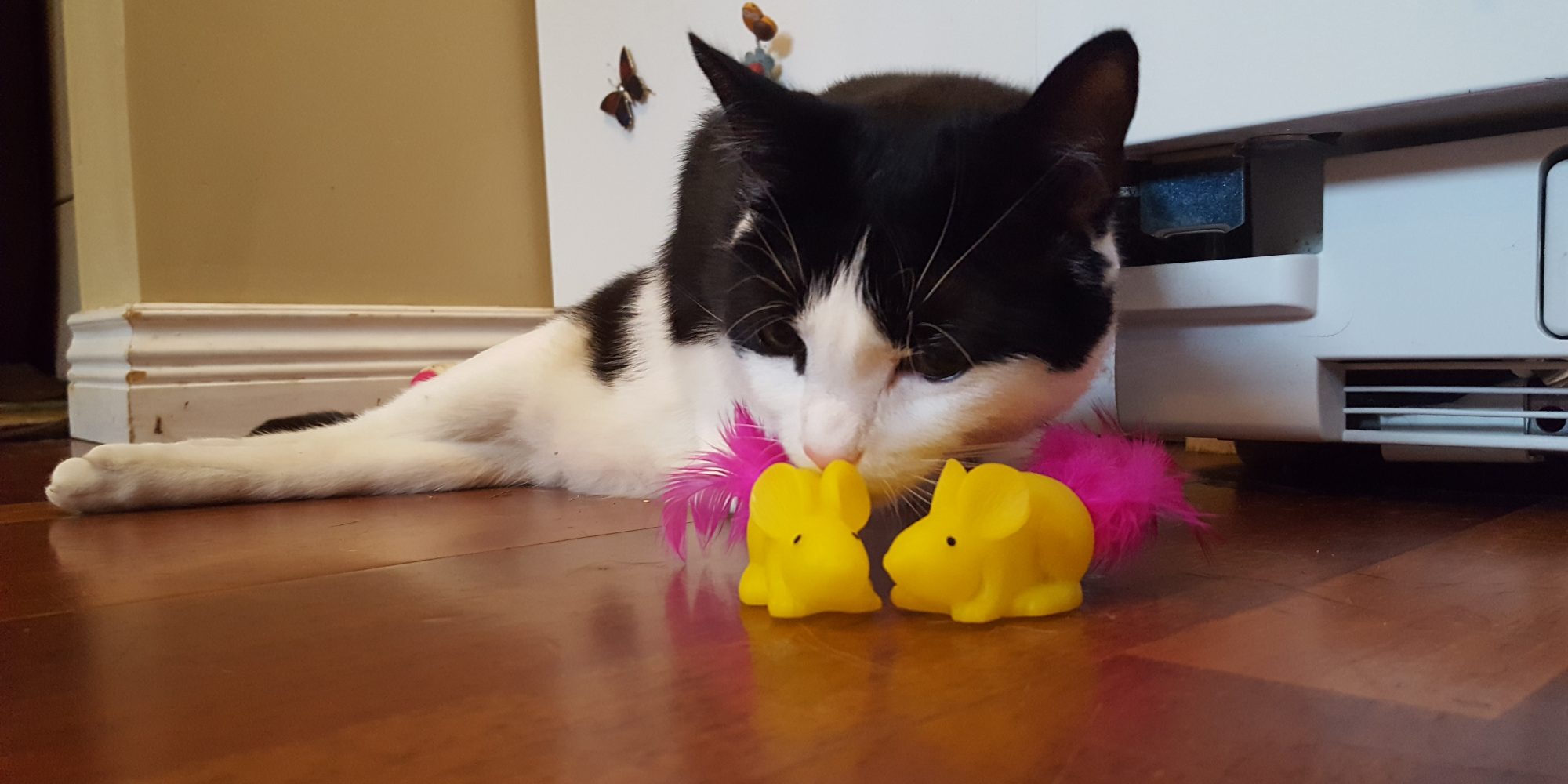 I don’t know who you are but I want to say thank you! We met at the pub night fundraiser at the end of April, where we were both bidding on a basket of cat goodies. I told you all I was interested in were the little mice, I said that Addy would love them. You won the silent auction basket and sometime this past Sunday you dropped off the little mice from the basket at SAINTS, for Addy. So, from both Addy and I….THANK YOU! How incredibly thoughtful.

For those that may not be aware, Addy has her own facebook page

I saw the mice, now I know the story behind them. Hope Addy is, and will enjoy the new mices. Sorry bout the double post below. Went to edit and it doubled what I was trying to edit

Hi Doreen! Thank you so much!

Hello Erin ! You are very welcome. So glad your Addy likes them. She is adorable !
Doreen