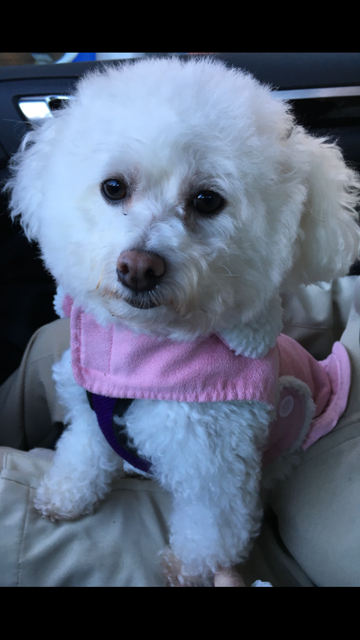 here is what i posted on the night brandi arrived almost 2 years ago...

i got home right at barn bedtime, was on my own again tonight which was fine except i forgot the new old dog was coming tonight. they had to wait while i finished everything up so i could stay in the house with her.

brandi is a sixteen year old border collie cross…her owners had contacted me a while back, they were downsizing and had bought a new condo and were told brandi could come with them but then apparently due to her size after they bought, they were told that she couldn’t. this weekend was moving weekend and for brandi that really sucks.

brandi is a super nice dog…she is upset and keeps taking her leash off the counter and handing it to me…it is breaking my heart watching her heart break in half.

the dogs that come from the pounds and shelters have generally had a not so great life so coming to saints is not such a horrible thing, most times it is much better than where they originally came from and they are happy to come here. but dogs coming from good homes know they do not belong here..they know they just got left behind. they think a terrible mistake has been made and they want me to fix it…right away.

how can i tell them i can’t?

this is the worst thing about rescue, participating in breaking their hearts…i should have just said no.

well..i am glad i did not say no. brandi moved into foster care with anne and alphonse a few weeks after her arrival here. her last 2 years were full of the warmth of a loving home...she ended her life with her new family who deeply cared.

So sorry Anne to read about Brandi. I remember her in your home. I think she really loved being there. R.I.P. sweet Brandi.

My Heart hurts for you Carol and her loving family. If people would just realize that their Pets have no understanding of the pain it causes them when their whole life is turned upside down.

two losses so close together. I am so sorry Anne and family.

I am so sorry for your loss of Brandi - may she rest in peace.

I am so sorry Anne 💔

So sorry Anne and Alphonse. She was such a lovely dog and so fortunate she was able to spend the last 2 years of her life being loved by you ❤️❤️

So, so sorry Anne. Hugs. Brandi was a lucky girl to find love again at your house.