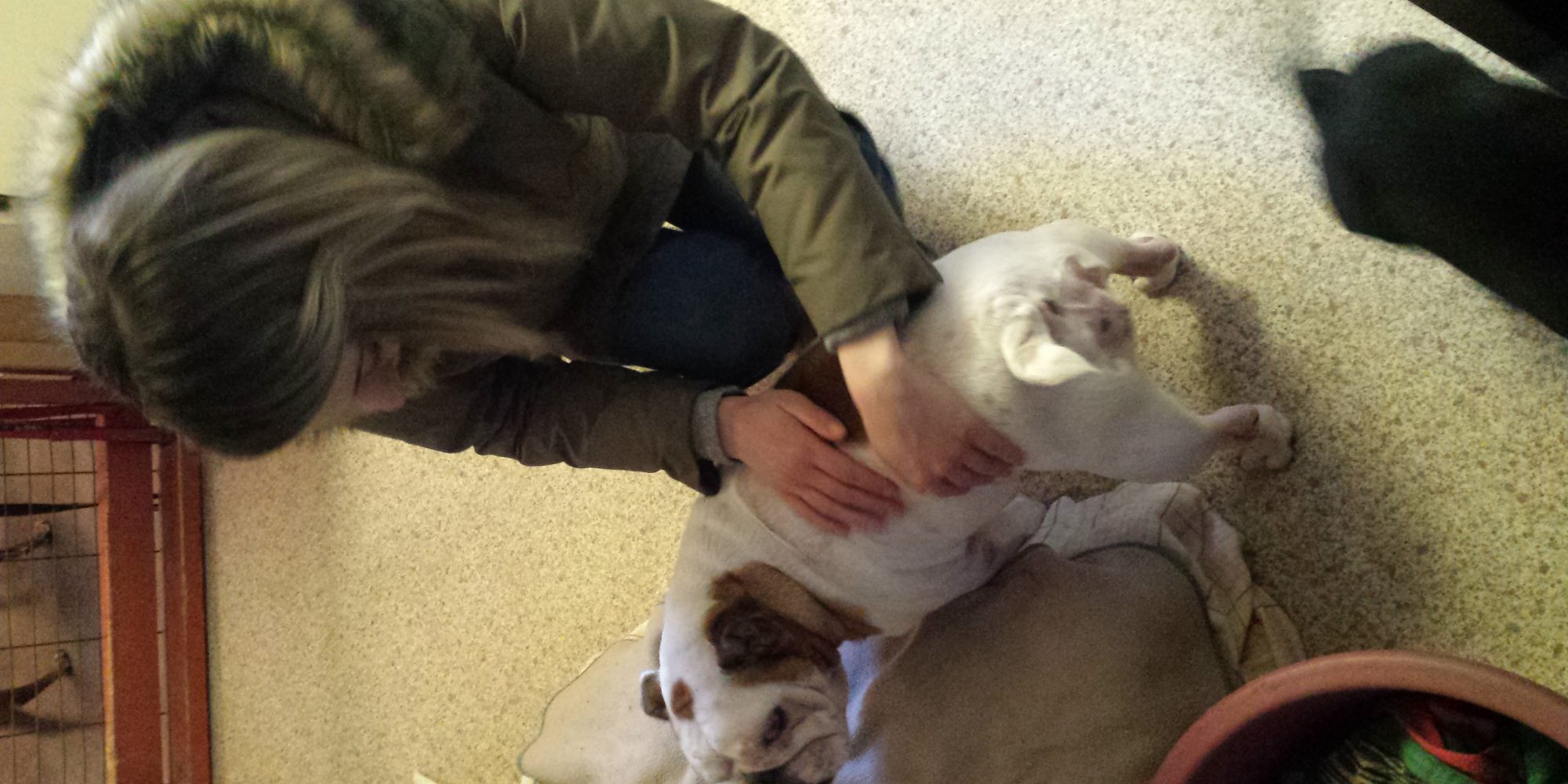 anne, michelle and i were with her. she had continued to have ongoing multiple small seizures and my real concern was that if her very first seizuring episode was almost 24 straight hours of continuing and almost constant seizure activity despite all of the drugs and the highly expertise medical care..what did that forebode of ongoing problems for her down the road?? i don't think she could have come out of what she had been thru without some significant brain damage, plus, what was the underlying cause of such stubborn seizure activity? a massive stroke? a tumor? whatever it was..it was still there.

i am ok with my decision to help her to pass onto peace. i loved her, i wanted the best for her and that included not making her continue to suffer even more damage from uncontrolled seizures which showed no sign of abating.

this dog had a larger than life story somewhere behind her and all we knew were a few sparse clues. her tattoo said she was bred in Hungry, and then she was transported to the UK when she was originally sold. how she ended up in Surrey BC, wandering the streets with the most gawd awful skin, and a totally screwed up eye is anyone's guess.
but what i do know is this...aggie felt safe here...she never wanted to go outside our gates..heck, she rarely even wanted to go out into the front yard. she loved to play and cuddle and feeling totally safe in her little controlled world, her gave her the confidence to feel like she really was a pretty awesome dog. robbie and marin were her very good friends and she loved snoring away on the couch.
the only thing she really did not like here were her frequent medically necessary baths, but even those she tolerated pretty well.

she was a really good dog and all of us loved her..rest in peace aggie, you were truly an incredibly special dog.

Oh Agnes 💕 You were beautiful outside and inside! You were absolutely perfect! You brought so much joy to our life! The memories you made with us will live on forever! Rest in peace sweet little 💕Agnes 💕 You will be forever missed!

Agnes you truly were a beautiful girl......RIP

that would be wonderful ellen, thank you!

Rest in peace now sweet Agnes - you will be truly missed....hugs to Carole, Anne and Michelle who were with her when she passed.

Rest peacefully Agnes I didnt really get to know you..but I know many loved you. So sorry

Oh Aggie you were my favorite. Rest in peace sweet one. I want to get a memory chime for you if it is ok with carol.

Oh Aggie , I so loved this dog....she was just a big doll. RIP sweetheart. I will miss your teeth digging into my hand, or arm, or cheek or chin...when you came in for a cuddle.

Rest now Aggie. You were well loved and will be missed by many. Such sad times at Saints right now.