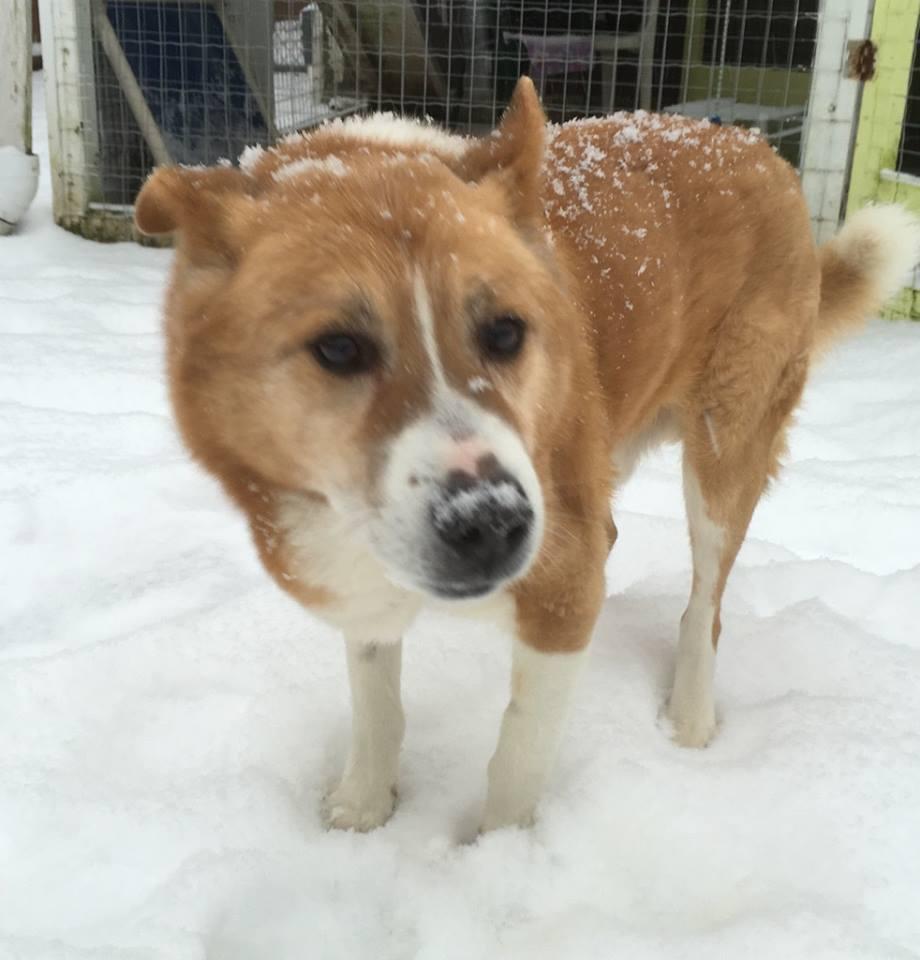 i have had dogs like harry before..seemingly disconnected from the real world.
i watched him at the shelter...wandering, sniffing, lifting his leg on everything, completely ignoring the humans around him, shifting his eyes past us like we did not even exist.

he looked like he was totally out to lunch but to me he seemed to be working as hard as he could to politely not actually see us.

odd..what makes a dog do that?

a dog under a great deal of stress who feels a great and looming threat does the exact same thing with his own species to slip under the wire, to not cause offense and hopefully not get his ass kicked from here to eternity.

maybe harry was nervous because we were the ones he tried desperately not to offend but it was backfiring on him...he looked like a completely lost and demented old dog...it might be kinder to help him pass then stress him out in his foggy brain even more.

but that didn't happen, harry came to saints and i have trying to figure him out since he arrived.

so for the first week he wandered and lifted his leg but became cheerful and happy at the sight of another dog.
the second week he would pause as he slipped past me for a head and butt rub before motoring by.
this last week he would make eye contact, greet me at the door with his tail wagging in hello.
he started trying to climb up on my lap and finally figured out that if he got up on the couch first, he could step over to me in the recliner chair and curl up for a nap on my lap.
he is a bit big for that!

harry has a couple of issues..some minor jerkiness with oreo over the food bowls, a clueless lack of respect for my personal space when i am trying to put my sore leg up, and an obsession for checking out gulliver. he also frequently stands with his head lowered into a corner which makes me worry about a brain tumor.
sadly i cannot see inside his head to determine if there is a tumor growing or if his brain tissue is aging him into dementia.

all i do know tho is...harry no longer feels lost and alone. he has made real life connections here. he has made some sense of his world...who is interesting (gulliver) who is safe and kind to lay upon (me) and who is a pain in the ass (oreo.)
he scores 3 out of 3 in reality..maybe his brain function is much better than it seems.

Harry did well on the weekend, seemed to enjoy pets and attention on Sunday's tours…….had about 18 people visit.