pissed off at saints 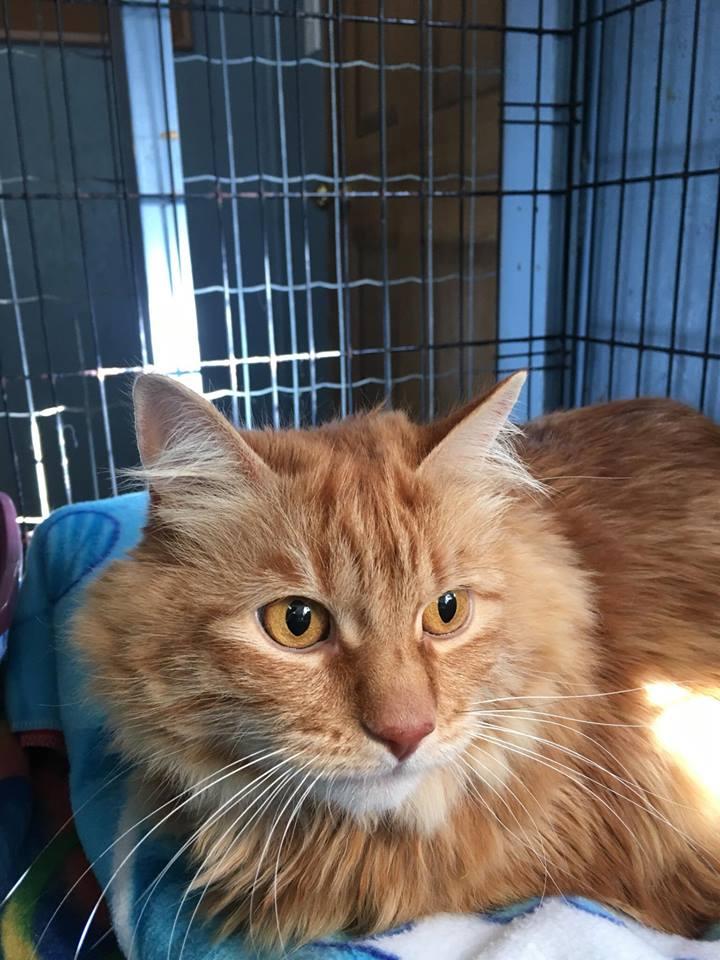 i was going to write a somewhat important blog about how doing too little hurts animals but doing too much is just as harmful too.
however..i am a wee pissed off right now and so i will talk about that instead because what i am pissed off over, hurts animals too.

we have a new cat. long story short..cat pissing in the house..owner REALLY having a tough time in pretty much every possible way.
she shows up here in desperation having already tried several other rescues and shelters and was referred on to saints.

we probably would have helped her just because she was so desperate and the cat was at risk and she showed up in the driveway when we did in fact have room for one more desperate cat.

however..here is what pisses me off. the owner was told to lie to us..she was told to tell us her cat was old or we would not help her.
so she tells us the cat is 10...then this desperate woman who has a better sense of honesty and truth then others actually comes clean..the cat is only 7.

anne said to me.."you must be used to people lying to you" and the fact of the matter is..yes i am. i am used to the general public lying to get what they want without having to accept any kind of responsibility for what they have or have not done regarding that poor animal in front of me.

but lets be honest here..saints in a senior and special needs animal shelter that is always overflowing at the seams. most of the other shelters have far less animals than we have because they will not take in the total wrecks of the animal kingdom. i understand this..many are not able to provide long term and sometimes very expensive care. they have budgets and mandates of who they can and cannot help and i respect this.

but to tell someone to lie to get their animal in here does 2 very harmful things...one..some 16 or 17 yr old homeless sick cat(s) is(are) going to die without somewhere to go because we just took in a 7 yr old peeing cat who may live for another 10 years here without ever finding a home. and even if we do sort out her peeing issues...this particular 7 yr old cat is less likely to find a home here because no one comes to saints looking for semi-perfect cats..the assumption is all of our cats are totally old or wrecked..which they are supposed to be here!
and two....had the owner not decided that honesty was the best policy and if she had let that lie stand..finding a home for a 10 year old cat is way harder that finding a home for a 7 year old cat. so if we can sort out her peeing issues, that lie would still have been a huge roadblock to her finding a home. now isn't that pretty unfair to a 7 yr old cat who probably would like to find a new home with as few roadblocks placed in her way as possible??? i think it freaking is!

people need to think about the bigger picture here...saints has limited space and limited resources..it would be nice if folks were respectful of our mandate and valued our commitment to seniors and special needs. maybe even to be willing to instead of advising people to lie to us..maybe stretch a bit, step up and take in a desperate one who doesn't really even come close to fitting our mandate.

the right answer is not sending folks with lies in tow to saints gates. maybe ask instead...how can we help this cat? she deserved that chance.

This made me mad reading this. People lying ruin things for other people because it gets hard to know who is telling the truth and who isn't. I remember when we adopted Tux and you said lots of people say they'll take a peeing dog but then can't handle it and return them. I assured you that wasn't the case and you were skeptical. I get why now. You've seen it all. Grrrrr.

We were told our little Evan "has no issues and is great with everybody".. little did we know he would later show his real damaged little soul and all the behavioural issues that come with it. Had we known before hand, we would not have brought him into our home. But here he is, we love him and his stupid jerky quirks. A forever home means forever no matter what!!

Zaza is in great hands and hope there are some underlying issues with her peeing that can be resolved so she can find the person she deserves!

i don't know who said it..apparently it was a friend. and specifically it doesn't really matter because "white" lies abound in rescue. down playing of aggression or medical issues..tugging at heart strings to get the poor, misunderstood little guy who just needs a kind home to save him from death .....bringing their ages down (or in our case up!)....misrepresentations but for a "good" reason....it is not just the public who does it..rescue does it as well. case in point..dogs and cats who don't really show their age until they are ancient. do you know how many dogs i could place if i just knocked 5 or 6 years off their ages? Oreo looks 10 but i know he is 16. Buddy acts 12 but is really 19. Kassa looks 7 but has already surpassed her lifespan in age. Diesel mostly seems like a sweet and funny dog but is really dangerously screwed up mentally...and even when i tell folks...sometimes they want him so bad, they don't want to believe me. we don't do these animals any favors by changing their stories or minimizing their issues..we actually just set them up to keep losing. the saints animals are who they really are and we want people to love them and want them in reality..not in some feel good fantasy. and alternatingly...in little ZaZa's case..we want her to have the best chance...and the younger she really is, the better are her chances...as long as her age is actually correct.

Carol - you probably don't want to tell us who told the woman to lie about the cat's age but it sure would be interesting to know that just the same. I wonder what part of the word senior they don't understand.