morgan has passed away 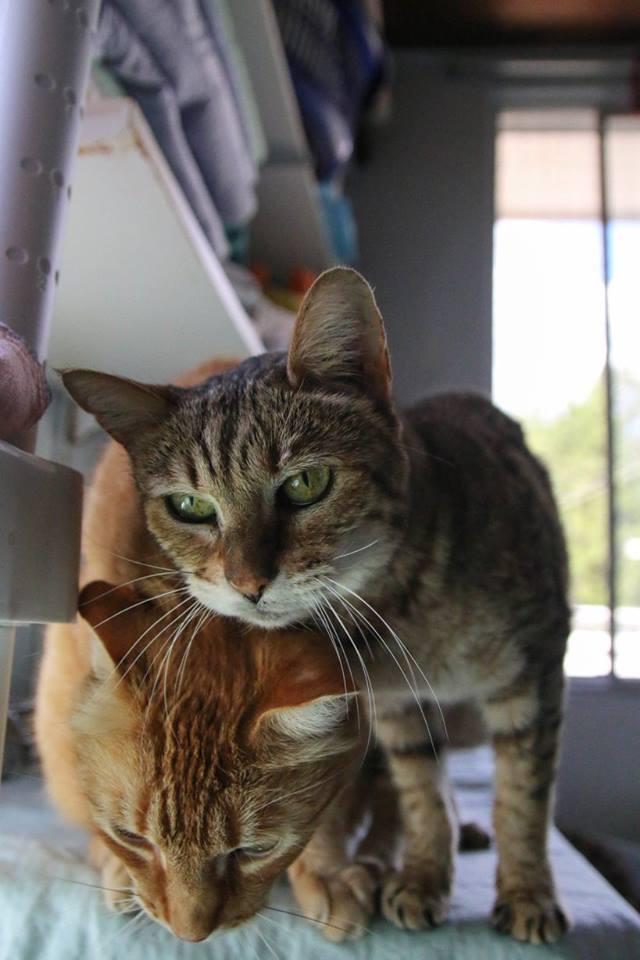 We had to say goodbye to Morgan today. This morning she had a massive stroke, she could no longer walk, she could no longer see. The world around her, the one that took her so very long to trust, changed in an instant. Morgan came to Saints in 2009. It took her two years to allow a small handful of people come near her, but she still rarely sought attention from anyone other than Carol. Over time she came to realize the staff and volunteers were there to serve her, and she would often demand meals, but still not be interested in being touched. Morgan got all the affection she needed from her best friend, Tang. We will all miss you Morgan, though none more than a certain orange cat, whose bed is half empty tonite.

Sad week for the house cats

Oh Morgan our toxic little bengal, I will miss you. The kitchen won't be the same without you. You were always kind enough to help clean up the food bowles & cans. Be at peace little one, we will watch over your broken hearted Tang.

What a great photo. On Sunday Morgan was acting weird, out of character; and I think all of the house volunteers felt "on alert". RIP sweetheart...you were a beautiful girl. I don't know a lot of the cats, but she was a favourite of mine.