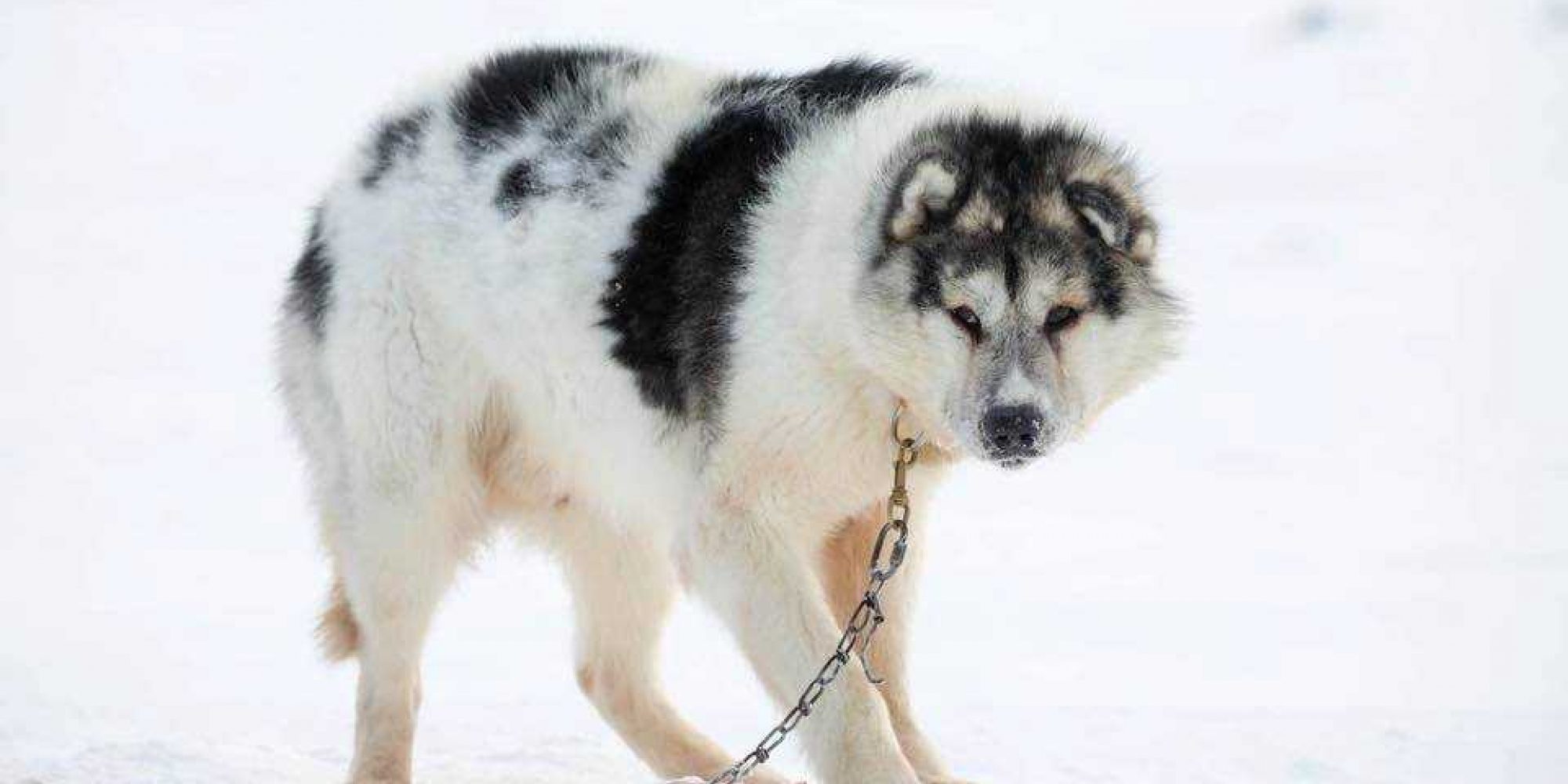 we have agreed to take 2 old sled dogs from Resolute Bay in the Northwest Territories.
enok was to arrive this evening and shelagh kindly agreed to pick him up from the airport for us.
there was a bit of a mix up at the airport, and for a bit we thought enok was lost...
thankfully he wasn't.

but it was almost 10 pm before enok and shelagh finally made it here...i felt so bad for both of them.
shelagh for the quick simple pick up that ended up going way later and way more stressful than we thought...and enok who once lived in the predictable frozen north, had endured a long and scary transport to a place as alien to him as Mars.

and so into our door has walked enok of the north.
a large, shaggy sled dog from the ancient Greenland dog lines.
his new life could not be more different from what it was.
and he stepped into it cautiously, nervously, uncomfortably careful to not cause offence.

tang and oreo greeted him with open friendship, keats growled suspiciously and gave him the evil eye. stella nervously wobbled in and out of the kitchen, upset at the inclusion of this large, strange, unneutered boy.

enok tried not to offend any of them and in his nervousness he drank and he drank.
after he vomited the large amounts of water twice..i took the water away.

he stood by the kitchen cupboard, unwilling to lay on any of the three beds i made. not wanting to move further in to the room, respecting grumpy keats; space.
i could see that he was exhausted, he is an old, arthritic, and thin northern dog (hard to see the thinness under his thick coat but you can easily feel his hip bones.)

so i laid down on one of the beds and oreo, tang and conan joined me then 30 minutes later, enok sat near us, in another 15, he laid down by us and we all fell asleep.
i woke up a couple of hours later, my back and hips screaming but the others remain sleeping.

i am trying to decide, should i stay on this side but move to the computer room couch, or trust that all is well and seek my own human bed.
i want enok to feel comfortable. i want him to feel safe. i want him to feel that he has come to a place of kindness care and comfort and that even tho it is far different from what he is used to...it is really going to be ok.

it will take time. he has as much of that as he needs.
we will all love him and do all we can to meets his needs.

and while you settle in..we await your northern brother, zorro, who we hope arrives soon too.

Carol you are such a special person and so are your volunteers. I hope you know the comfort you have to Enok on his first night was probably the kindest thing ever given to him. You put his nervousness and needs far and above your own. Bless you.

Hi Denise. Enok has just arrived. He would need to have a vet appointment completed and a bit of time with the staff for the to decide whether Enok will be up for adoption or become a permanent sanctuary dog. I would check back in a week or so to see if he get listed our petfinder site. You can find the link for it here <a href="http://www.saintsrescue.ca/adopt">Adoption Page</a>

I have been connected to this site through another rescue page as I'm looking to adopt. Who, where would I go forward with this?

He is absolutely gorgeous! Welcome to your new life, it is long past due.

Wow!
What a physical and psychological ordeal this poor fellow has been through! The shock of being on an airplane for several hours, a long car ride with all manner of new and different scents, then his new surroundings and Carol's very careful welcoming actions are incredible. His careful behaviour on arrival speaks volumes about his sensitivity. Welcome, Enok.
Thank you Carol!
Update us when you can please.

Zorro I think he was posted by save our scruff.
Can't wait to meet these boys

Does he already know Zorro? If so he might feel better about life faster when Zorro gets there

I am always humbled by your willingness to put others' needs ahead of your own, Carole. Enok has landed in such a special place.

OMG reading this gave me goosebumps...You are an amazing person to love as hard and as much as you do. From one dog momma to another I applaud you for all you do for these sweet innocent fur babies.

Wow. Tears. He is so lucky to be there and deserves this.

Wow, hello Enok. I love you already. See you soon

Can you fall in love with a dog just from a picture ? ...I believe yes. Welcome Enok . I hope Zorro is not to far behind.

Wow, sounds like he had quite an ordeal. Glad he's in safe and loving hands now :) :)

Thank you so much Shelagh, Im sorry it didnt quite go as planned. Welcome Enok!