it is with great sadness that we mark the passing of Rio.... 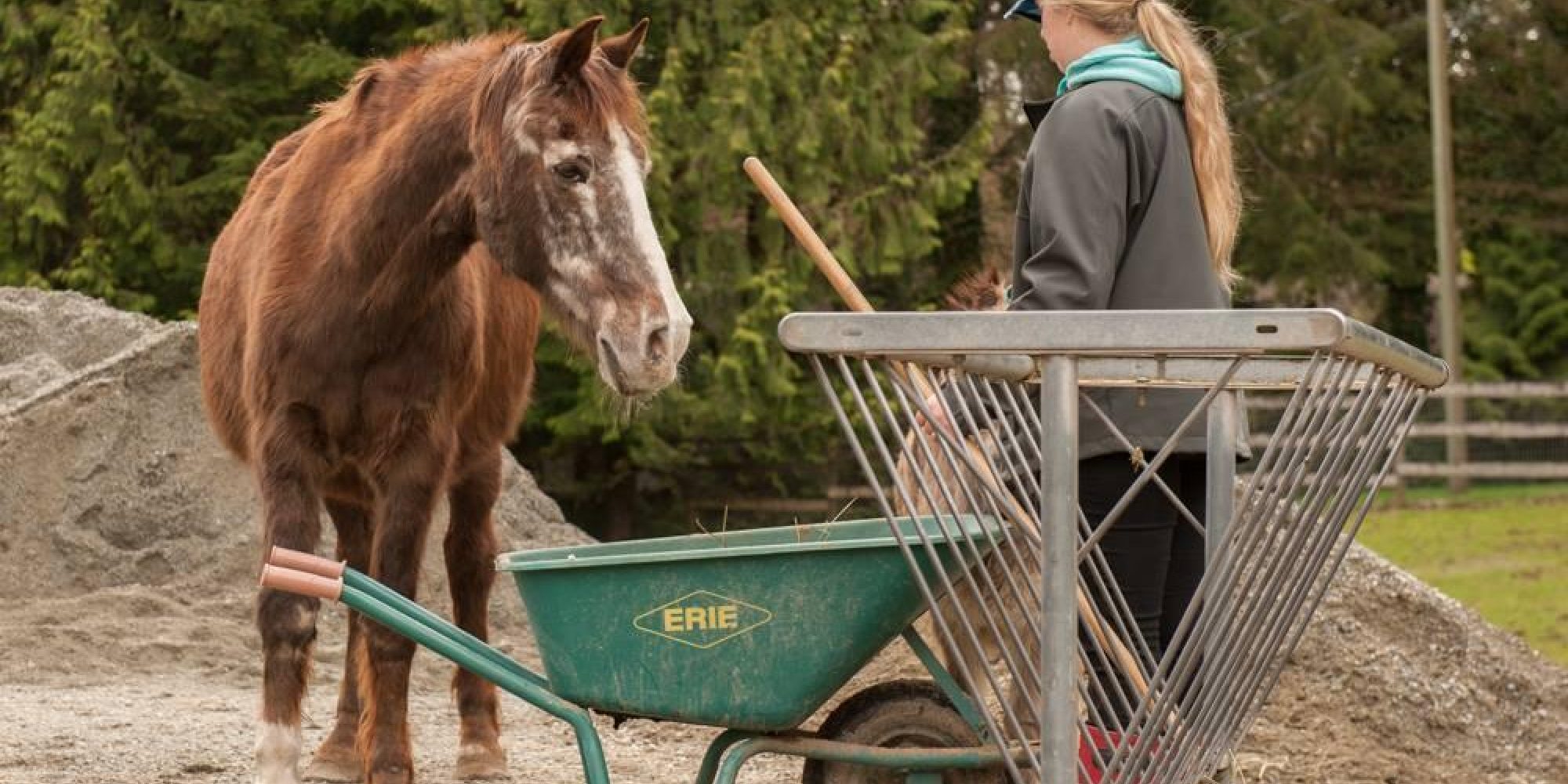 a couple of weeks ago he received routine sedation for a simple medical procedure. the sedation hit him way to hard and we almost lost him that day. i knew at the time that it was most likely related to an asymptomatic cardiac dysfunction. rio was an extremely old horse, and extremely old everyones have weakened and compromised hearts....the hearts just start wearing out. it looks like sometime during the night, rio suffered a major heart attack and swiftly passed away. the sudden-ness of it left us all reeling this morning.

rio was what i called "a dime a dozen" horse. there was nothing special about him and because of this, i believe he led a life of insignificance...nothing special, no real value, just a slightly boring/cheapo kind of guy who ended up being passed around, over and over to anyone who had any kind of use for him for a while.

the reason i believe this is, rio struck me as a horse who while accepting his life of servitude with multitudes of various humans, had little faith that he could expect anything better. i don't think he even knew that life could in fact be better, that's what happens in loveless existence.

even horses like gideon who came here neglected and uncared for...at some point in his long life, he was loved and cared for so he understood that he had found that again once he was here.
rio, on the other hand, didn't really seem to know the difference.

in the end tho, rio was loved. he was provided with the best of care and a great deal of concern and effort to ensure his life was valuable.

he was a very old horse who i think lived a long and difficult life. i believe he was happy here and enjoyed his last few years of life.

what makes me sad tho is...to a certain degree, rio came by this by accident..it wasn't that this was what he deserved, it was simply that he was lucky.

what rio deserved was a lifetime of what he found here...love, care, concern...he had great value to all of us here.

rest in peace rio...you are loved and will be greatly missed.

Dear Rio:
I pray that you are embraced and so very loved at the Beautiful place you are at now. No pain, no disappointment, no grueling through a hard life. May you live a life of full potential and grace. XOXO
Thank you to everyone at Saints who provided a stable life for Sweet Rio. I am so sorry for your loss.

Love this memory of Rio and Ziggy...thanks Kevin

I will always remember when Rio first saw Ziggy.He let out a scream I can only assume meant "what the hell is that?" Rio's ears went down and the teeth came out. We did a fence line contact to begin with and anytime Ziggy came close to the fence, Rio would chase after him teeth first. Ziggy, being a true donkey would tease him running along the fence and occassionally stopping to turn his butt towards the fence. Knowing Ziggy's personality, I am pretty sure that's the donkey equivalent of mooning someone. It took Rio a bit to realize Ziggy was in fact, not the devil and before long they became inseparable... sort of.

Ziggy likes to walk to his own beat and would quite often wander off on his own. I always new when Rio lost track of Ziggy. You could be anywhere on site and hear Rio belt and cry, then he would pace frantically, worrying. When you heard Rio, you knew: drop everything, go find him and walk him to Ziggy. Amazingly Rio would go from hystarics to complete calm.

It always made me smile to see Ziggy trotting along the upper field with Rio trying to keep up behind him.Rio was a great horse, beautiful in his own way and will always have a special place in my heart. Ill miss him and his droopy lip

Thank you for this post Carol..and for your insights. I didn't know Rio...just always liked his facial colouring and thought he was a pretty horse, with a great name...
RIP Rio....

Go run free over the rainbow bridge with all your new friends Rio. I'm glad I got the chance to look in your eyes last Sunday to tell you how beautiful you really are.

Rest in peace Rio - you were a beautiful horse.....