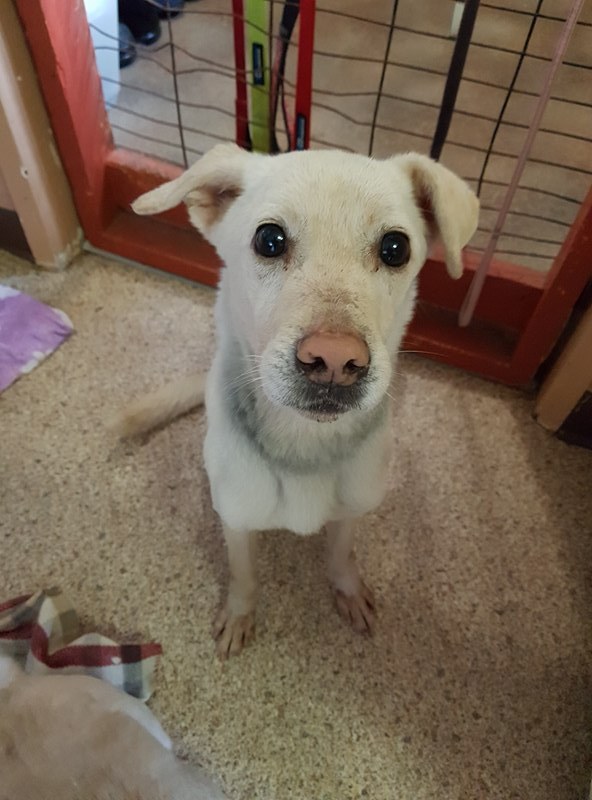 kitkat is at the vets, she is quite ill. hopefully it is something we can manage and help her to feel better again soon.

new cat in..noodles is a young parapalegic cat, she is incontinent too and was more than her family could manage at home. she is adorable but is not too fond of nail clips and baths.
(no photo yet, sorry)

we have a temporary guest. andrea and darin cornered him in the driveway and he was obviously starving so they kept him there by tossing cookies. i snuck out and opened the gates and then we herded him into the yard. he presented as a starving feral. we managed to further herd him into the house when he started just vacuuming food. at first we couldn't touch him, but 24 hours later he sits and shakes a paw and lets us pet him. animal control came and took his photos and read his microchip and are trying to find his owner. due to his severe emaciation, i would say he has been having a really hard time of it for quite a while, poor boy. he has many small healed scars around his muzzle and some fairly new bite wounds to his legs. he was badly traumatized by the time he found us. Animal control is letting him stay here so as to not upset him further. if his family cannot be found, we will foster him for them until adoption. in the mean time...saints welcomes "flynn."

SAINTS....the only shelter that I know of where dogs break in :-)...welcome Flynn you are safe now.

This is truly a blessing for him. And as mentioned before the odds are slim. So glad he is off the streets. Poor guy and those eyes are precious.

Flynn was so sweet when we were there on Sunday!! Thankful he found his way to the best place ever to get him back on his feet.

Helga she's spending the night tonight as well (at the vet).

Any word on Kitkat?

Flynn is an Easter gift. On Sunday, he wandered into Saints driveway......what are the odds? He is a sweet gentle soul who was guided to the right place. If his family cannot be located, he has found a new one. Welcome Flynn. So glad I was at Saints on Sunday to see Bobby welcome you into the kitchen with a friendly tail wag, and witness your tentative, but hopeful response. ❤️