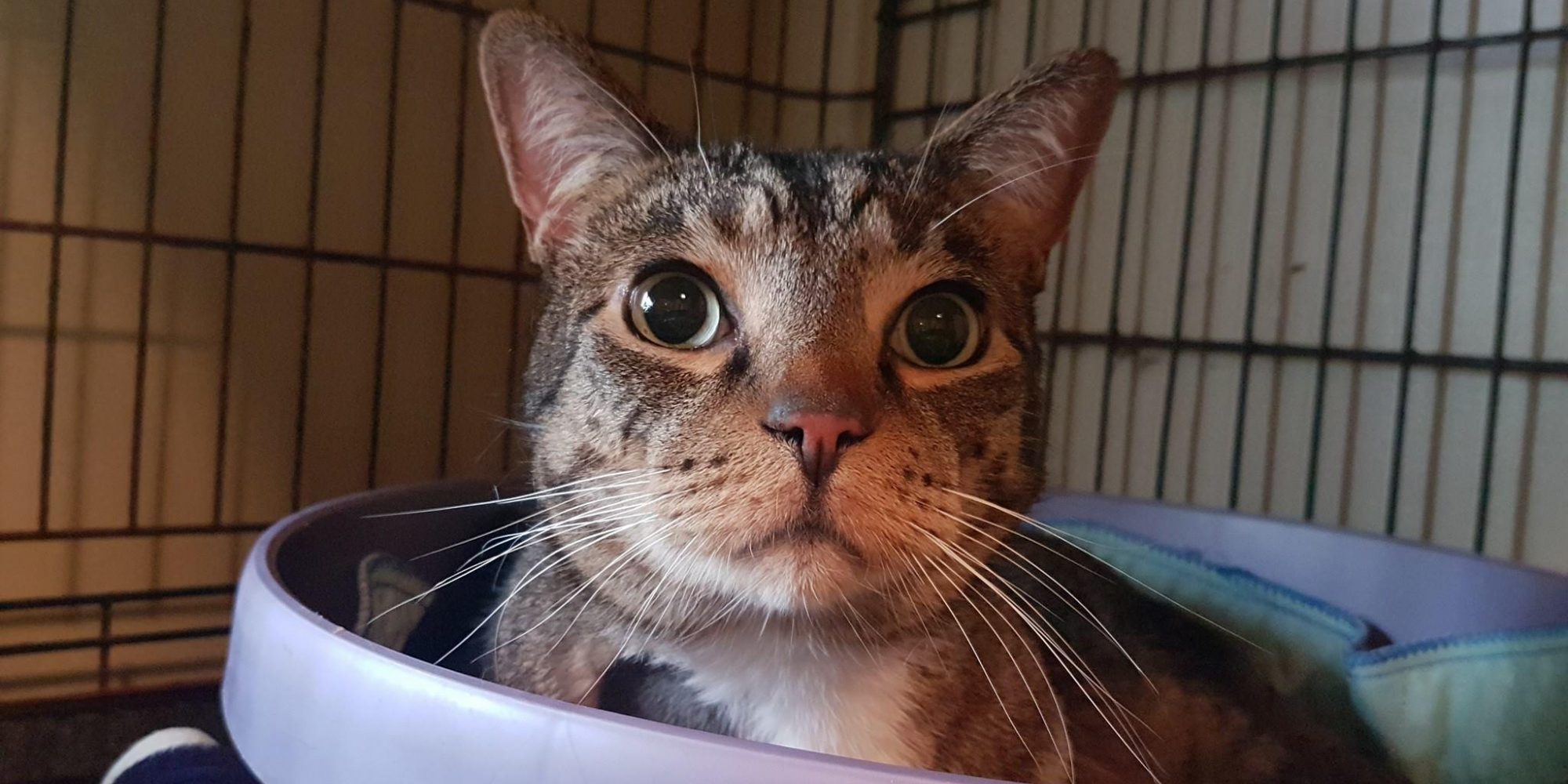 he went hypoglycemic on thursday night but we managed to pull him thru. i spoke to the vet on friday and we decided to hold his insulin for 24 hours and reduce his dosing. he got his first dose on saturday morning after breakfast and started seizuring again 5 hours later. we rushed him into the vets, they stabilized him but when i went to pick him up at the end of the day, i had a bad feeling about taking him home so as the clinic was closing, and it is a long weekend, i drove him directly over to emerg. luckily i did this because his blood sugars were dropping again. emerg got his bloodsugars up but he seizured 2 more times during the night. in the end he had suffered some significant brain injury from the severe seizures and as a result had thrown a clot into his spine. when they called me to come over to euthanize, i could see that hugh would never be able to function in any meaningful way to him again, the damage was too great. he passed very peacefully in my arms, he was not afraid.
thank you to Dr Korman and the staff at emerg for taking such good care with our sweet boy.
rest in peace hugh, you were a very, very sweet and lovely boy.

what a shame. RIP Hugh

Awe so sorry for ur loss and thankful he wasn’t alone during all this. Passing peacefully in ur arms is a blessing.
Also congratulations on the over and above total for fundraising. So great :)