Zander was laid to rest today. 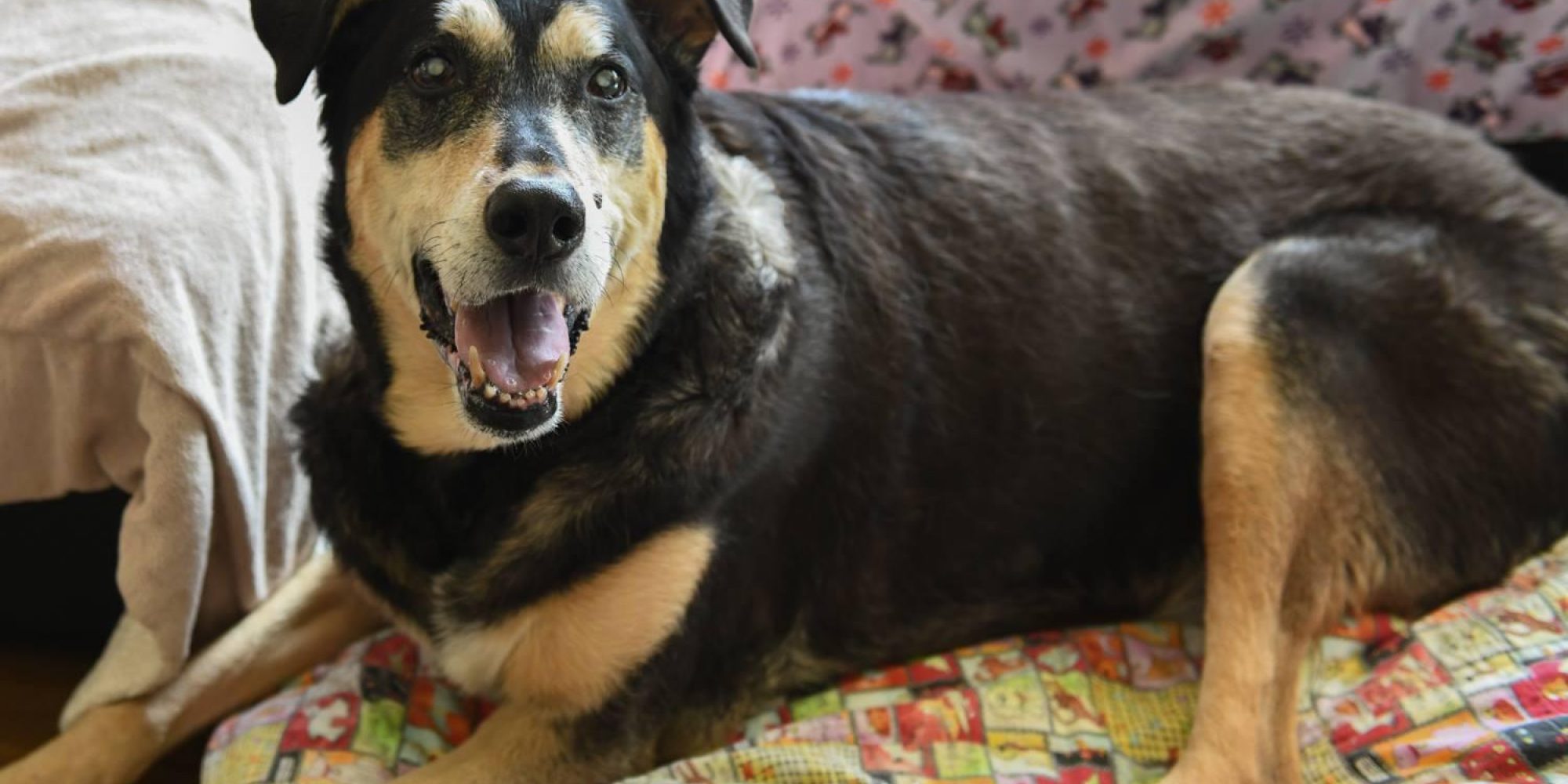 The past few months have been a challenge for him as he became more and more frustrated by the increasing levels of care that he needed. This past week was especially hard as he developed an infection in that tumor. While we were able to get the infection under control with injectible meds, the tumor was getting so big and heavy that it was becoming quite uncomfortable for him to carry. Sadly Zander was not one to cooperate with his medical care, getting oral meds into him was just about impossible so pain was becoming an issue and to inject him..well it really pissed him off.

Zander came into our care many years ago, he had lost one of his homes and was living in a treatment center as a therapy dog. Unfortunately one day the guys were outside rough housing and one tried to jump over Zander, fell on top of him and Zander reacted by biting the person. After that incident, it was felt that it was not safe for Zander to continue to live there. That was when Zander came to live with us at SAINTS. Eventually we found a foster home with a senior lady named Alice who absolutely adored Zander in every way. She cooked for him, she waited on him hand and foot, she loved him deeply. Zander one day became very ill and was rushed into the emergency clinic close to death, he had become a diabetic and was in ketoacidosis. After intensive treatment he was able to go back to his foster home but by now his senior lady was elderly and managing an unstable diabetic was more than she could handle. When Zander hit another crises, and was hospitalized again, it became apparent that Zander needed to come back to SAINTS again.

When Zander came home the last time, he was 30 pounds underweight, it took months to get even minimal control over his diabetes and for him to put the weight back on but eventually we got there.

And so for the last couple of years Zander has been bossing us around. He was quick to become irritated if anything was bugging him so we learned to jump whenever he he said he needed something. I think we all loved this blind old giant, despite the fact that when he was mad, he could be a total and complete jerk. Some days it didn't take a lot to make him mad, a few months ago he bit me for daring to pick up a pill that he had spit out...it took weeks for that bite to heal. I think after he bit me things changed for him here, everyone was so shocked at the bite because Zander loved me more than anyone. I think it made everyone a little more nervous..if he could bite me, then others were not far behind. And yet...everyone still loved him, they still came and cuddled him and took him for walks. There was just that little bit of added caution, and I think he felt it from all of us.

Slowly things started that inevitable slide. It just seems to kind of sneak up on you and that was when Zander started to not enjoy life as much...he was coasting along and had his good days but that happy sparkle was gone and he lost his sense of humor. Maybe it was the diabetes wearing him down, maybe it was the cancer wearing him out, maybe he was tired of being old and blind.

So today when Zander passed peacefully away with Andrea and Erin's tears upon his face...I blinked back tears at work all day. My tears were because I couldn't be with him. But I am glad that this titan of a dog is finally free of the burdens in life that he carried for so long.

Zander was a truly great dog and his life had never really been free from a seemingly unending series of hardships and I think he was tired of being a strong and good dog. Tonight I hope his spirit is flying free in weightless and joyful abandon. We love you Zander, rest in peace, you will be greatly missed as you join the other past saints icons today.

the computer room will certainly have an empty space in it for a while. it WAS
nice to hear his whole story. RIP Zander

Thank you Carol for telling Zander's story...I was not aware of his whole life history..beautiful tribute to a boy who will be hugely missed. RIP Zander❤

Indeed, Rest in Peace Zander. You will be hugely missed.

My love to all of you who worked so hard to care for this boy daily.
Another one I will miss dearly.

Goodbye sweet boy...I will miss our Sunday walks together.... ❤️