Our sweet little Zoey has passed away. 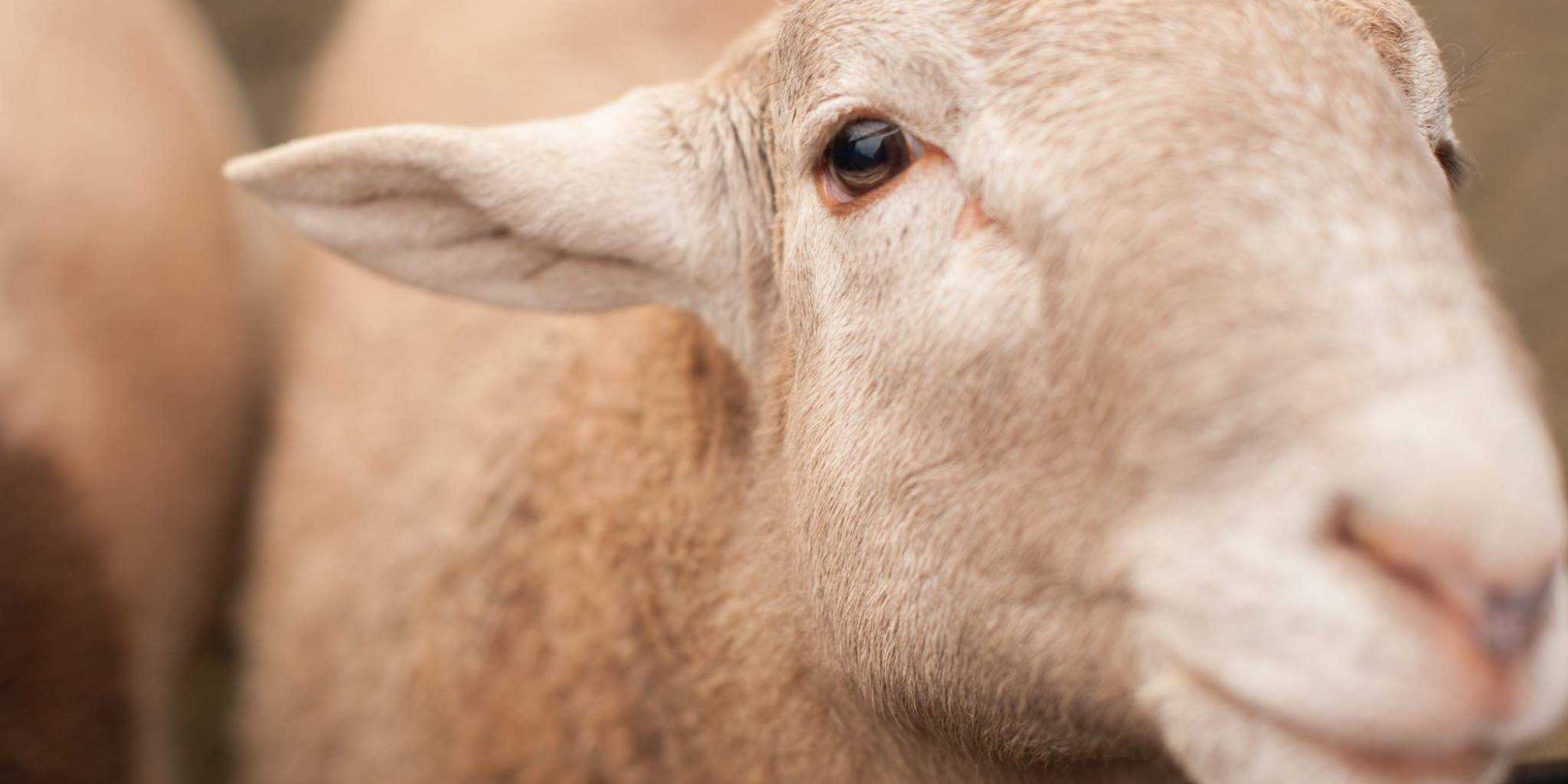 Zoey and Zsu Zsu came to us several years ago, they were the senior sheep of a hobby farmer who suddenly became ill and wanted a safe place for his last 2 elderly girls to spend the rest of their lives. Quite a few of our animals over the years have come in by request of my coworkers. Zoey and Zsu Zsu were neighbors of one of the occupational therapists that I worked with and she too wanted a safe place for them to land.
Initially both Zoey and Zsu Zsu were shy with us. They did not like to be touched and watched us from a cautious distance. Over the years they became more and more trusting. As Zoey's age related dementia progressed, she became out and out friendly and sought us out for treats and affection.
This past year has been a difficult one for Zoey as she hit her very late teens', she became more and more demented, she started to lose a lot of weight and became blind in one of her eyes. We separated she and Zsu Zsu from the younger, more rambunctious sheep, started feeding her more grains and soaked hay cubes and she replaced the weight that she had lost and actually was starting to look a bit chubby. Several months ago she banged her blind eye on something and ended up with a very large abscess that had to be drained and due to the aging process, she developed arthritis and needed pain control added to her comfort regime.

Altho Zoey was a frail and elderly sheep, she was also a tough cookie. She weathered each and every physical challenge like a warrior and found her way back to enjoying life again and again.
On monday afternoon we noticed she had a bit of a green discharge from her nose and on tuesday we had the vets out right away, she was so old and frail we did not want to risk waiting too long. Dr Ben came out and diagnosed that our special little girl had pneumonia and gave her a long acting antibiotic injection right away.

Sadly it was just one challenge too many for this sweet gentle girl. She slipped away early this morning and we are all so very, very sad.
Zoey was a great little sheep in so many ways and she has left a big hole in not only the barn yards and in Zsu Zsu's heart but in the hearts of all who knew and loved her.

rest in peace our very dear girl, it has been our honor and pleasure to care for you here.

RIP Zoey. I thought we would meet some day.....

RIP Zoey. I really enjoyed the affectionate old lady she had become ❤️ She made me laugh.

She was a very sweet girl and will be missed. ❤️❤️