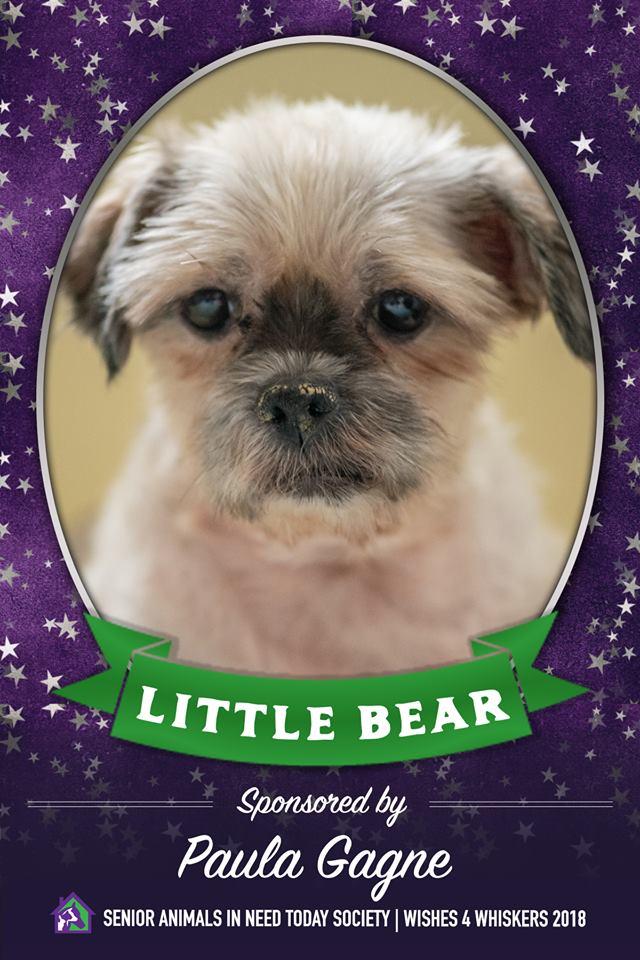 he started cluster seizuring early this morning and was rushed to the vets, sadly he was unable to recover.

little bear was an odd little elderly dog, he lived in his own world. he wasn't a fan of other animals or of people either.

little bear hated to be held or restrained in any way. whenever he absolutely had to go to the vets for anything, he was sedated as soon as he arrived there.

and yet there were times that you would see that he was happy...he would roll around on his bed, he really was very attached to his bed. very occasionally if you sat with him, he would suddenly climb up on your lap. and..... he really did enjoy a gentle butt scratch.

but little bear marched to his own drummer, he was clear with what he was comfortable with and with what caused him stress and we adjusted his world to suit him the way that he liked it best.

he may have been an odd little dog who was difficult to connect with, but he was our little odd dog and we all deeply loved and will miss him.

always makes me wonder what these funny little guys
were like in their younger days. RIP little bear

Oh, little Bear....such a cute, funny little guy. I remember picking you up one day, thinking that you might enjoy going outside in the sunshine....but you would have no part of it. Instead you had a little tantrum in my arms, until I put you down. Then....you settled immediately, walked over to your beloved bed, and plunked down happily; clearly letting me know that you knew what you wanted...and going outside was not it.
RIP sweet boy.💛