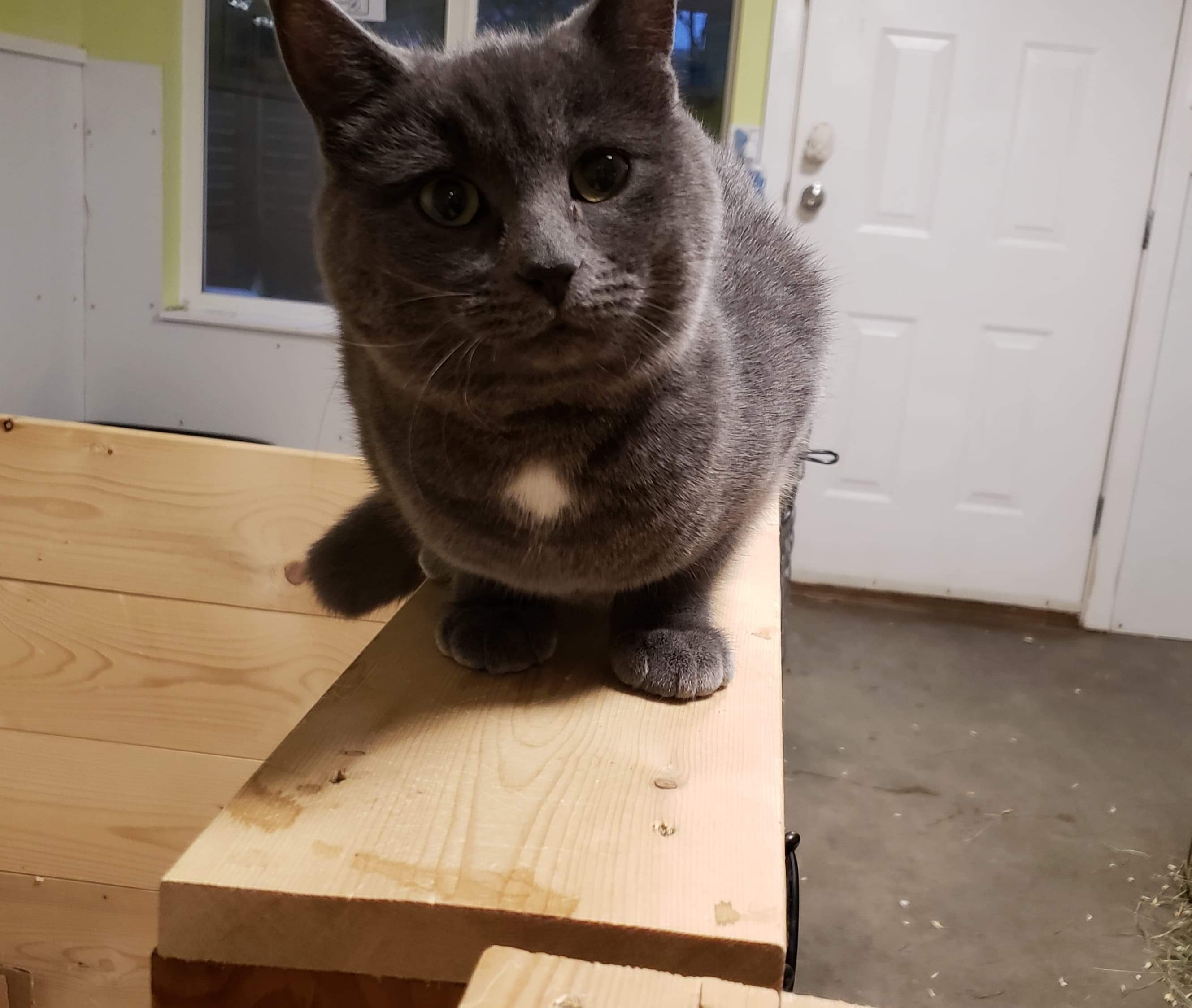 Cats and their diseases! Or...not?

We took in Ariel, believing her to be a Feline Leukemia kitten. She tested positive early on, so we took all the precautions and treated her as such. Ariel lives with the rabbits, no other cats. As she got a bit older, we retested her prior to her spay surgery. The test was negative. Negative! Not getting too excited, we waited another couple of months. And we retested, again. Guess what? Negative! Its official! So, how can this happen? Ariel's mom could have been FeLV+, and passed down some of the virus but over time Ariel was able to fight it off. Ariel could have been exposed to the virus at any time prior to being surrendered to the New West shelter, therefore would have tested positive until she had time enough to overcome the infection, which can (and in her case did) take many months. Very lucky girl!

If you know me at all, you know that I believe everything happens for a reason. On Friday I decided to do a blood sugar curve on Shadow and Zoe, the two diabetic cats in the medical room. Zoe was due for a curve as her insulin level had been bumped up recently. I dont normally curve on a Friday but for whatever reason the stars aligned and rather than push it to early this coming week I elected to just go for it. Zoe checked out still slightly high, but its to be expected as shes fighting an infection as well. But Shadow...I could have killed him had I gave him insulin that morning. Doing an insulin curve means the first reading is prior to giving insulin. Shadows first reading of the day was low, it was the reading of a non-diabetic cat. Had he gotten his scheduled injection he would have gone hypoglycemic and potentially died. See what I mean? Luck? Timing? I dont care, I am counting it as a win. Andrea and Carol have been checking Shadow on and off all weekend, his blood sugars are stable and he has not received insulin in 3 days. He is reversing! How does THIS happen? Its the type of insulin we use. Carol prefers Lantus for cats, its what we have used for as long as I can remember. Tinsel is another one of our diabetics who reversed and years later is still in remission of her diabetes. Yay Shadow!

Tido has found his perfect home! Told you it would happen for him! Staff member Janette took Tido home for the weekend to see how he fit in with her crew. Chai (Janettes other dog) is still being a bit standoffish but she will come around. Chai loved Snickers, and Tido is such a gentle soul it will take no time at all for her to fall for him just as Janette has. Exciting! Congratulations all!

glad for janette and tito