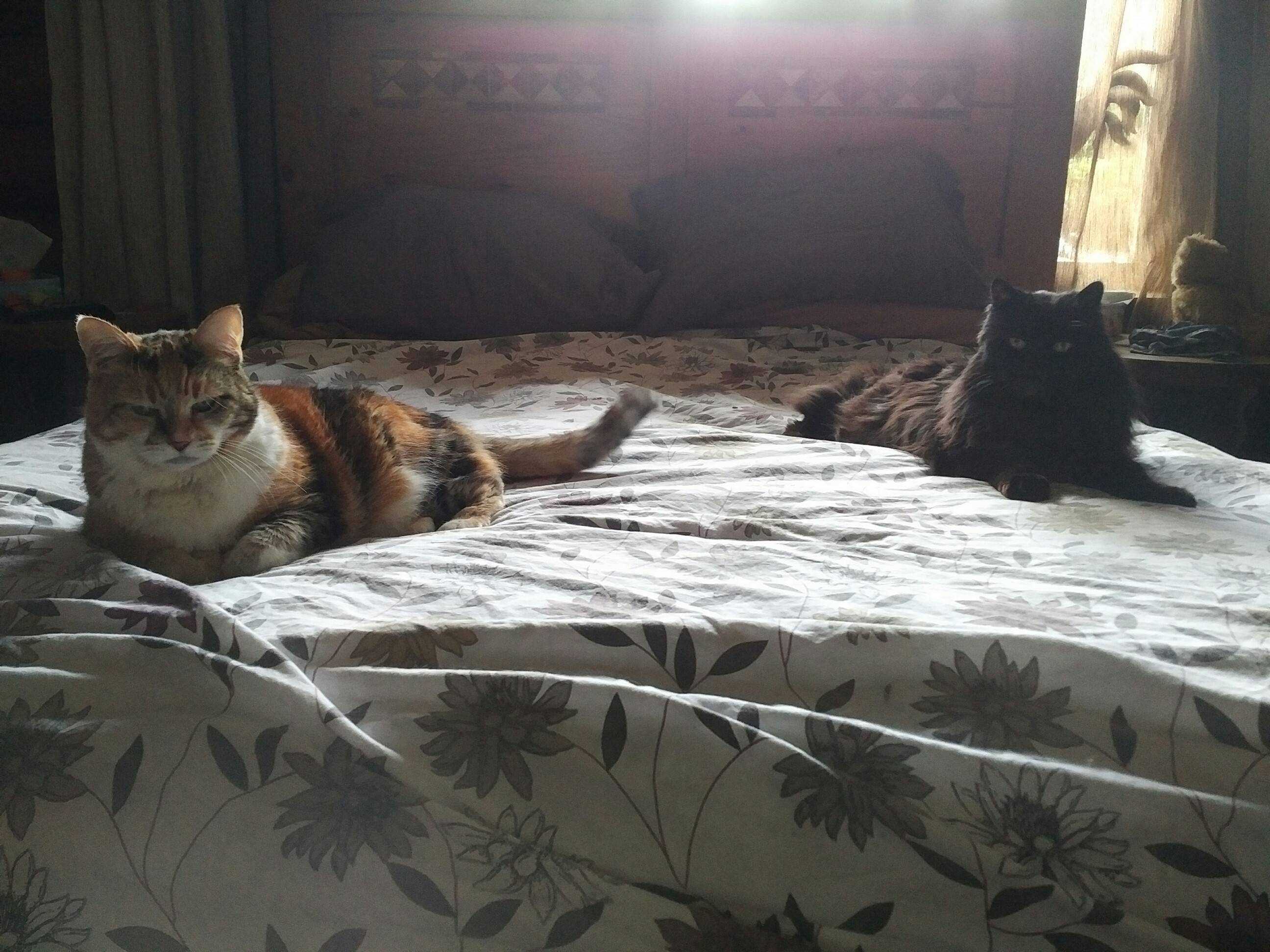 Julie and Bill submitted an adoption application for a cat. I loved them immediately. They decided on Whiskey but after two months of trying to keep the peace, Whiskey just would not tolerate the resident cat Lady. Lady is 17 years old and while no one was asking for the two to be snuggle buddies they had to at least get along. Bill and Julie returned Whiskey to SAINTS. It was sad, they didn't want to, but the adoption only had one condition (that the cats get along) and it just wasnt to be. Whiskey came back and along came Laura and the rest (as they say) is history. It could not have been scripted better. Julie kept in touch, checking in on Whiskey. Their family needed a bit of time, but then here they were, ready to try again.

Bill and Julie met four SAINTS cats. They wanted to adopt someone who really was not going to get that chance with just anyone. Someone who needed them, someone who would make their family complete. Maui is 15 years old. She has kidney disease. She takes daily medication. She came in after her elderly owner ended up in the hospital and no one in the family was interested in taking her in. A bit of a wallflower, Maui never exerted herself to be at the forefront, never demanded anything, never really stood out. Except to Bill and Julie.

It has not quite been two weeks yet. Technically that is Friday. It doesnt matter.

Full circle. Meant to be. Everything happens for a reason. Maui is home.

What great people...and what great pics...so happy for Maui....thank you...

Being a cat person I LOVE hearing the cat stories.

Fantastic news for everyone