my trip of a lifetime. 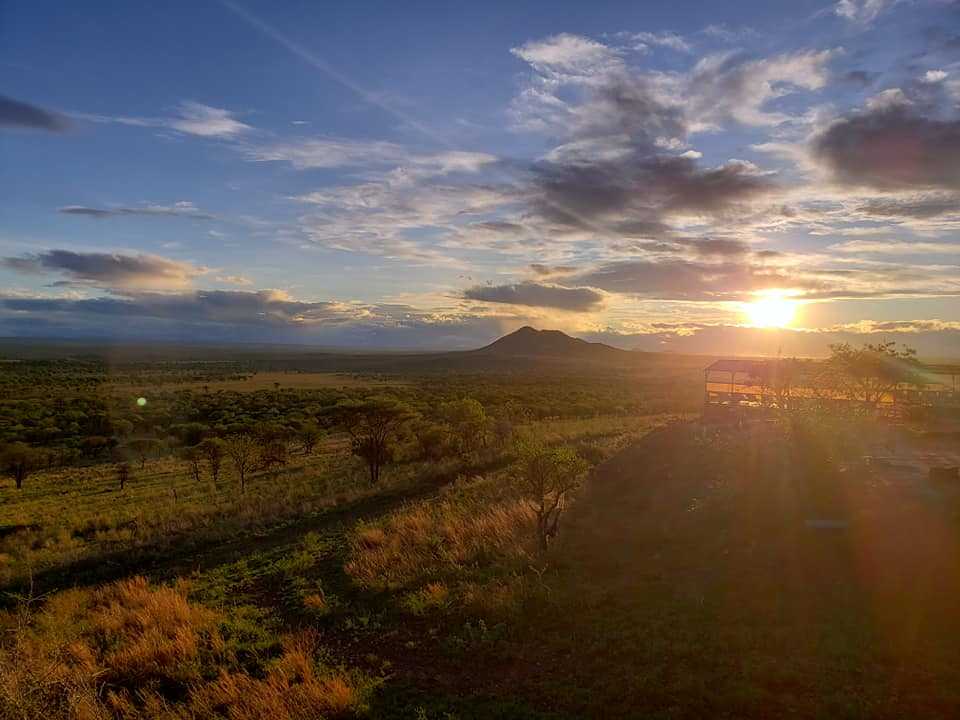 I am home...the four footer's gave me a very warm and welcoming (and where the hell have you been???!!) homecoming.
shyla literally cannot take her eyes off me and panic's if she thinks i am leaving the room. luna just wants to lay next to me sighing with the occasional soft and tiny kiss. the others were just as demonstrative in their own uniquely special way to communicate that i am loved and was missed.
its good to be home again.

there were many special moments on this trip..if i had to pick 4, my favorites would be...

in africa i woke up early..every morning between 5-6am, it is a habit for me, i like to watch the sun rise.

one morning in Ambroselli as the sun was rising i was sitting outside watching the monkeys, baboons and hyena wander by. A Maasai warrior who worked for the camp to keep the wildlife (mostly the adorable little but thieving monkeys) at bay, came to talk to me. he did not speak english well and i do not speak Maasi but we communicated with broken sentences and gestures. he liked me (and i know he liked me because he refused to take any money from me when we took a selfie together.) he called me mama (a name of respect amongst the maasai) and when the others joined us, they were mama's friends and he took their money for photo's no problem. anyway, we had some kind of cross cultural connection, he gave me his cell phone number for if i ever go back (yes even traditional maasai warriors have cell phones!. our more cynical guide said it was probably because he wanted one of my daughters as maasi wealth is counted by numbers of cattle and numbers of wives.
i like my version that he just liked me. i liked him, he was a very nice man.

my second special moment was when dawn and ben (our incredible guide) and i went out in the jeep for an evening safari. we came across a fairly large family group of elephants right next to the dirt track we were on. ben turned off the jeep and we just quietly sat there for many long minutes with the elephants surrounding us, grazing quietly, close enough for us all to gaze into each others eyes. for me it was magical, i will remember those peaceful and surreal moments for a lifetime.

third on my list was another evening safari with lynne, dawn and ben in search of the elusive white rhino in the masai mara. there were only 13 white rhinos in hundreds of square miles of this park, everyone was looking for them. suddenly just as dusk was falling, ben heard over the radio that a mom and babe had been sighted. there began a high speed rush thru the bush along a muddy and slippery dirt track. we bounced, we slid, we avoided (somehow) getting stuck on deep muddy ruts and finally after a hair raising ride made it to the quiet field where mom was quietly grazing while her calf slept beside her in the deep grass. we watched from a close but respectful distance this once in a lifetime sight.

and finally in amsterdam,,the anne frank house. they let us thru in groups of about 100 to walk thru and view the actual annex where anne and her family lived for 2 years in hiding from the nazi's. we climbed the tiny (and very steep) little staircases to each level. the crowd of 100 were utterly silent as we entered each room and viewed the few artifacts and photo's that survived. we saw the actual pencil marks on the wall where her mother documented anne's growth over those two long years in hiding. the fact that anne died in a concentration camp just weeks before liberation was soul sombering.
this is something that none of us should ever forget....hate brings devastation.

all races, all creeds, all colors, all cultures...we are all just people trying to survive.

life can be brutal and hard, but is also can be beautiful.
we must always choose to be be kind.

Loved following your travels thru the fb posts and amazing photos....and I too look forward to listening to some stories. Glad you're back home safe and sound though.....your new bed will be full of happy puppies again.

So glad you all arrived home safely - we sure are looking forward to many stories from your trip (and maybe a few more selfies - ha ha) - something tells me the doggies haven’t left your side today Carol ❤️….

Welcome home! We missed you all 😀

Amazing. So glad you had a wonderful trip