Raven has passed away. 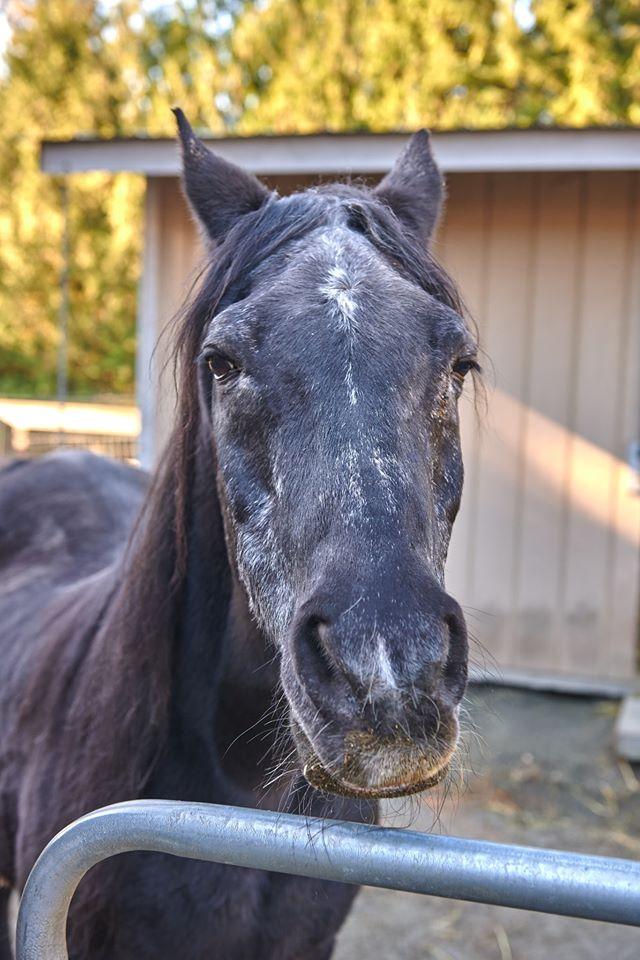 The barn will feel so empty without this kind and gentle soul.
Raven came to us quite a few years ago. He was an SPCA cruelty seizure from a terrible place. Raven was old when he got here, he was underweight and had really bad teeth. Over the years he has had many dentals to help him stay healthy and keep eating. Raven would very occasionally have seizures but on the whole he did very well. This year however has been tough on him, he lost his best pal Rudy and his arthritis was taking its toll. We had Ray on the maximum dosage of pain meds plus we recently had our vet start acupuncture in an attempt to keep him as comfortable as possible. The arthritis had invaded his spine, his hips and the joints in his hind legs. The other day his front knee filled with fluid from a major arthritic flair and Raven was lame on three legs now and in a lot of pain. The vets came and gave him IV anti inflammatories, a steroid injection directly into his knee and we gave him more pain meds at bedtime. By 9 pm last evening, Raven was still in pain. This morning he was better probably because the steriod injection had kicked in but the vet said his relief from pain would be short lived, it would be back as soon as the injection wore off.
Raven passed peacefully away surrounded by many who dearly loved him.
He was somewhere between 35 and 37 years old.
Ray was greatly loved by all who knew him, he was an incredibly kind, gentle and sweet tempered horse.
Raven we love you and will miss you. We hope Rudy is waiting for you and both of you will forever run free.

So sorry to hear this. I wondered why AgWest were there yesterday. Raven was so skinny when he came. I remember him with his head in the hay blissfully chomping away.