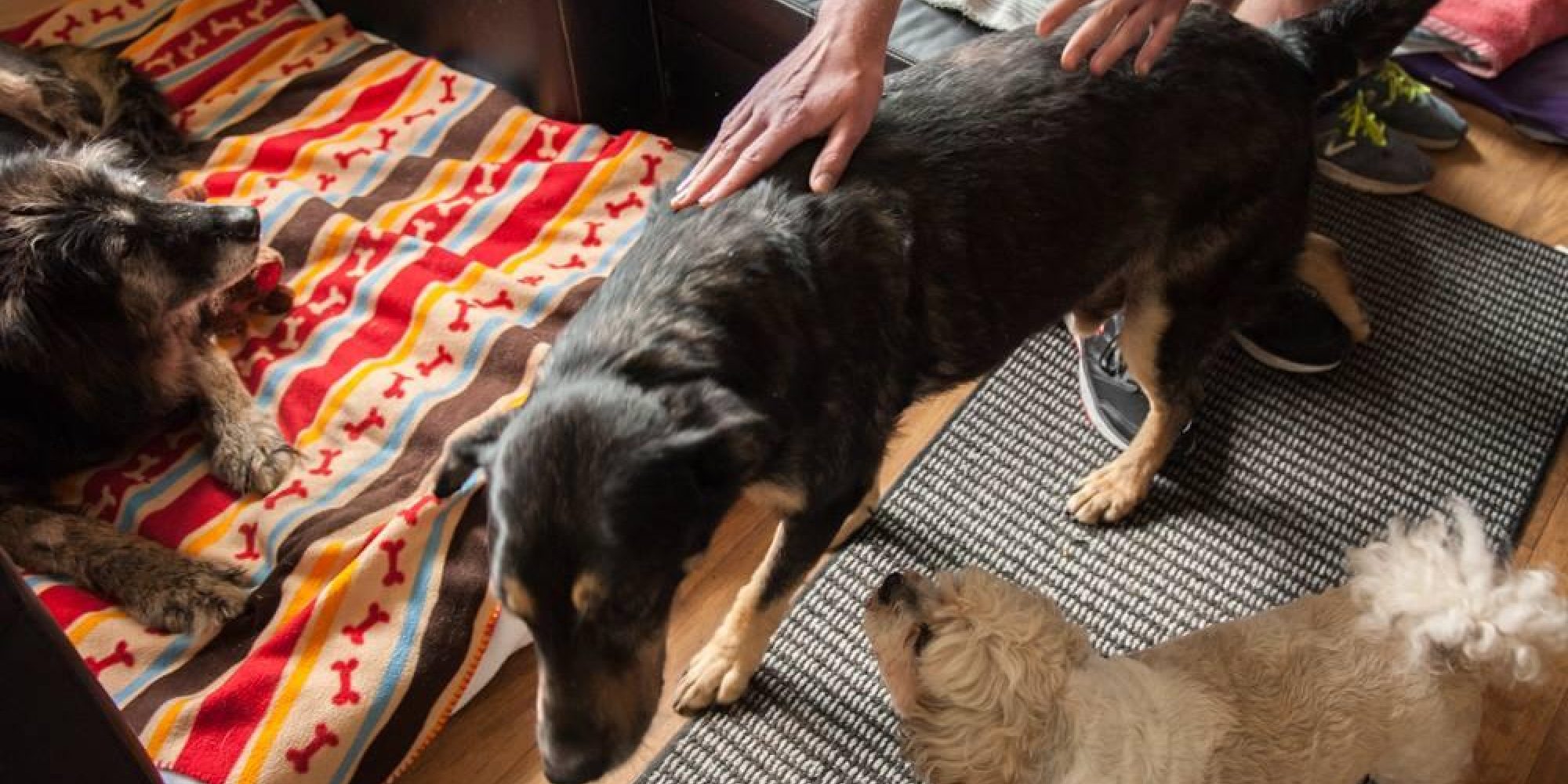 He was 17 yrs old, over 100 in human years and old dogs like old humans have old brittle bones. Vinny slipped and fell and fractured his femur yesterday. He was too old and weak to survive the surgery and healing time. We are all absolutely heartbroken to have lost such a gentle and sweet natured friend.
Here is what i wrote about Vinny when he arrived here, his skin was a mess and we were able to help him with that.

March 2017
so saints welcomes vinny, he came in last evening and he is a very sweet and gentle dog.
and he is a mess.
his skin is terrible.
he has a vet appointment on Wednesday but we have already started him on treatments and meds. the vets can tweak them as needed but he needed help right away so to hold him until we can get him in, we started him out on our standard skin dog program.
hopefully he will feel better in a couple of days.

vinny is about 14 years old…supposedly a shepherd/husky. hard to see either of those breeds in him right now, he looks like one of those dogs you see on the internet being rescued in third world countries…missing so much of their hair that it is always a pleasant surprise at the end of the videos to see them months after rescue and looking like real dogs again.
vinny’s family got him about three years ago and have been unable to successfully manage his allergies and his skin just kept getting worse.
lucky for him we have had so much experience with severe skin dogs that we should be able to get him under control fairly soon.

anyway..vinny is here, he is a great dog

I was totally right way back then, Vinny was a really great dog.

three years later, all we can say is Vinny... we all so very much love you and are so very, very sad today.

What a dear, lovely dog. Bless you all for the love & care you gave him. Rest in peace dear, gentle soul.

What a dear lovely dog. Bless you all for all the love & care you gave him. Rest in peace dear, gentle soul.

RIP Vin :( Rockstar is going to be so lost without you..

Oh, this sweet old boy will be missed by everyone....many tears shed for this wonderful dog. I somehow thought he would be around forever. I'm sure Rocket is a bit lost without his buddy too. Vinny seemed like a Timex watch...who "takes a licking, (from Rocket) and keeps on ticking".
RIP Vinny...such a special Saint.❤

oh, what a shame. what a wonderful dog, wonder how the other dogs in the computer room will manage without him? i'm sure they will miss him as we all will